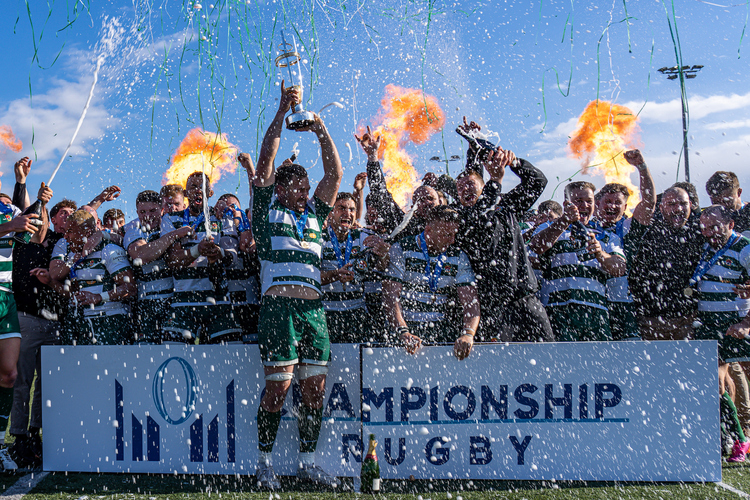 The 2022/23 Championship fixtures have been confirmed.

The league competition will be played over 22 rounds, beginning over the weekend of 10-11 September, with the final round scheduled for the weekend of 29-30 April next year.

The league will consist of 12 teams in the upcoming season after Caldy secured promotion to the Championship after topping National 1.

The Championship Cup takes place over six rounds followed by a semi-final (5-6 May) and final (13-14 May) following the conclusion of the league season. The Cup kicks off on the weekend of 5-6 November with rounds two and three over the following two weekends. Rounds 3-6 also run over consecutive weekends beginning on 4-5 February.

2021/22 Championship winners Ealing Trailfinders kick-off the league season with a blockbuster home fixture against Doncaster on 10 September. The Knights completed the double over Trailfinders last season and will once again prove tricky opponents for Ben Ward’s squad.

Ealing then travel to Dillingham Park to face Ampthill in round two, before a home clash with Hartpury on 24 September. The following week, Ealing travel to Butts Park Arena to face Coventry. Both clubs faced off in a heated Championship Cup Final in May, with Trialfinders clinching the match 19-13 to secure a third straight Cup title.

Ealing then have league matches against Richmond (H), London Scottish (A) and Nottingham (H), before kicking-off their Cup defence in November with ties against Hartpury (H), Nottingham (A) and Jersey (H).

Returning to league action and heading into the festive season, Trailfinders travel to Penzance for a crunch league clash with Cornish Pirates on 3 December, before rounding off 2022 with exciting fixtures against Bedford (H), Caldy (A) and Jersey (H).

Ealing embark on the final stages of the league season with a home clash with newcomers Caldy on 15 April, before two massive away fixtures against Jersey on 22 April and Doncaster on 29 April.

(KO times to be confirmed)

(Exact fixture dates and KO times to be confirmed. Home fixtures are likely to be Saturday 3pm KO)