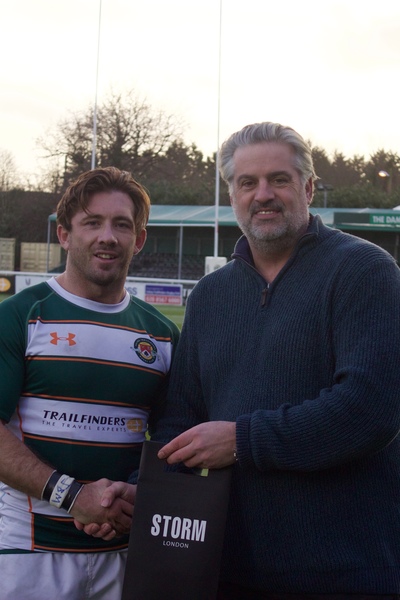 Ealing Trailfinders ran in three tries against Moseley in their third meeting of the season, but ultimately five tries for the West Midlanders made the difference.

New signing Jonny Bentley was handed his first start and he gave the Vallis Way crowd an early glimpse of his quality by breaking the Moseley line, though he was unable to find James Stephenson with a grubber kick.

Moseley started in equally energetic mood as they chased a place in the quarter-finals. Centre Greg King came close to opening the scoring before he was bundled into touch, but moments later captain Chris Brightwell touched down in the corner.

Alex Davies knocked over his first penalty shortly afterwards and he and Hughes exchanged penalties before Alex Bradley was driven over from close range to give Ealing Trailfinders the lead for the first time.

Joe Munro then made a slashing break that Danny Barnes was unable to gather with the line beckoning, but Ben Ward’s team maintained the pressure without breaching the Moseley line.

As half-time drew close Moseley scored their second try when Greg Charlton barged over from close-range to give the visitors the lead at the break.

They extended their lead soon after half-time when wing Drew Cheshire danced his way through the home defence for Moseley’s third before Sam Stanley narrowly missed out on scoring the home team’s second try when he followed up his own up and under.

Moseley continued to hammer Ealing Trailfinders’ line and while the home defence held out their forwards Cheshire ran in his second of the match to secure the four-try bonus point.

Another Bentley run broke the Moseley line and he was able to pop the ball to Stephenson for a simple run-in, but the visitors scored next when Greg King cut a sharp angle through the home side’s defence.

Bradley was driven over for his second try to set up a thrilling last 10 minutes but neither side was able to add to the scoring as the match drew to a close.