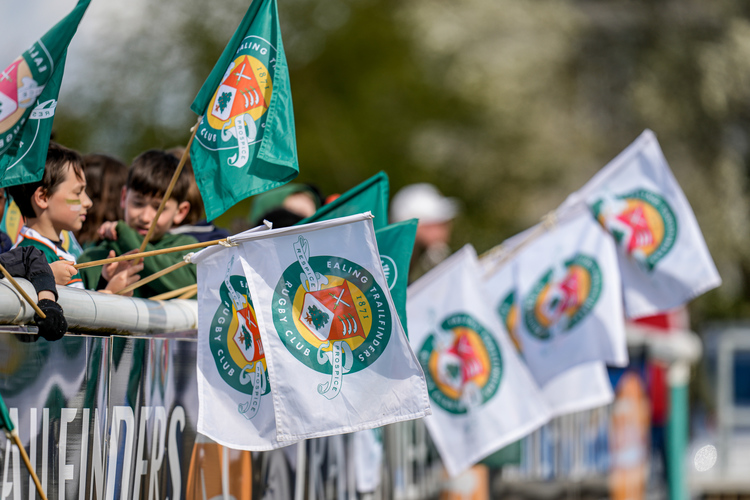 Ealing Trailfinders are delighted to announce that Simon Halliday is joining the club as a Strategic Advisor.

Halliday, who is a former England, Bath and Harlequins centre, joins the club having most recently spent six years as Chairman at EPCR (European Professional Club Rugby). During his tenure he helped guide the organisation through the pandemic and secured a new eight-year agreement between the leagues and unions in European rugby before his departure.

When speaking about the appointment, Managing Director of Ealing Trailfinders Professional Rugby Management Ben Ward said: “We are delighted to have Simon joining the club. Over the last nine years, since turning professional, we have continued to grow and invest in our infrastructure and the benefits are being seen.

“Last season our men’s team completed the Championship league-cup double in what was a historic season for the club. We were denied promotion based on flawed criteria with which we did not agree at the time and this has become an issue for all aspiring Championship clubs and must be resolved.

“Over the last couple of years, women’s rugby has become one of the fastest growing sports in the country and it is something we want to be a part of and have invested accordingly. We already have a successful women’s academy based out of Brunel University, as well as strong links to partner schools such as Cardinal Newman and Henley College. Earlier this year we recruited World Cup winner Giselle Mather as our Director of Women’s Rugby and we have submitted our bid for a place in the Women’s Premier 15s ahead of the 2023/24 intake. We have also partnered with our PODs (Places of Development), which are clubs with thriving girl’s sections that we will invest in and support so we can help nurture their talent and create pathways for these players to play for Ealing Trailfinders Women at the highest level.

“We have taken a unique approach to our academy, by having the Trailfinders Rugby Academy also based at Brunel. We have developed the facilities at Brunel so that now they are some of the best in the game and now the men’s team is competing for a place in BUCS Super Rugby. We have partnered with some of the best rugby schools in the world and we are the only professional side in the country to have their Academy based out of a university. We think that allowing our young athletes to combine their rugby with their studies is hugely important as it gives them more options going forward.

“We are extremely proud of everything we are doing as a rugby club. We are ambitious and all our teams want to play at the highest level possible.

“Rugby is at a crossroads currently and has to change. We want to be part of these discussions and I believe Simon can help us with this. We are very fortunate with the support we get from Trailfinders and Sir Mike Gooley. Sir Mike and Simon are both passionate about Rugby Union and its values and we want to be part of ensuring the game is sustainable for future generations to enjoy.”

On joining the club, Halliday said: “I firstly wish to express my excitement to have been asked to assist Ealing Trailfinders at this critical time in their development and I hope this will be the beginning of a long term relationship.

“I am most impressed with their strong commitment to the men’s and women’s game, their best in class academy and most importantly the surrounding community. They epitomise the model rugby club.

“Another fundamental reason I am getting involved is to help them realise their considerable ambitions.

“The game is in crisis right now, at pretty much every level and we must effect sustainable change. Ealing Trailfinders, and the Championship clubs in general, who have always represented the fabric of our game, must be at the forefront of the solution. I have been struck by the lack of consideration for this key area of our game and the administrators have not been listening. I look forward to helping represent the justifiable ambitions of Ealing Trailfinders while working alongside the Championship clubs and the whole leadership of our game in England.

“The long term future can be very bright, but only if the game genuinely comes together in the immediate term. The work starts now.”