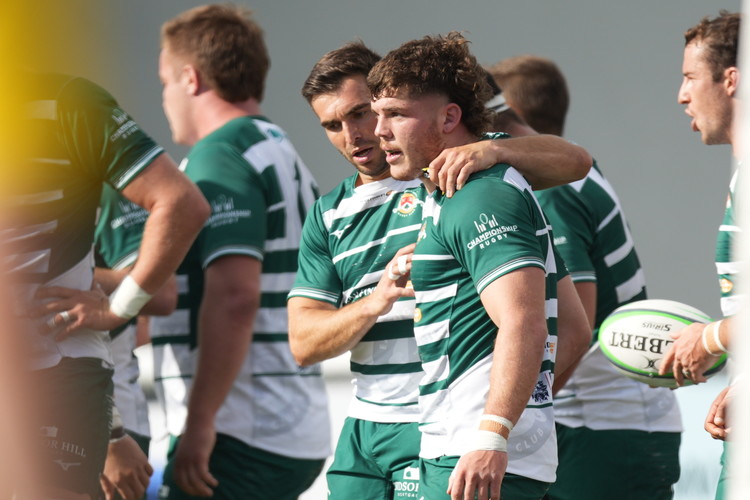 After a tough first hour, Ealing Trailfinders were able to pull away superbly in the final quarter scoring six tries in to run out 42-7 winners.

The game started slowly, with both sides making errors which were stifling their momentum. After the first 20 minutes, Hartpury were probably looking the slightly better of the two teams but it remained scoreless.

This soon changed however. Managing to steal the ball at the line-out, Ealing moved it quickly to the centre of the field. With the forwards making some good in-roads Trailfinders were getting quick ball and spotting a gap, Carlo Tizzano took his moment. The open-side made five metres before rounding the final defender and diving over for his third score of the season.

Just as Ealing were looking to add another, Hartpury managed to score against the run of play, with Matthew McNab dotting down underneath the sticks. Making the half-time score Ealing Trailfinders 7-7 Hartpury.

The second 40 started in a very similar fashion to the first, scrappy and error-stricken.

As the half went on, Ealing built into the contest and just before the hour mark, Tizzano popped up with his second score, this time on the back of an incredibly strong rolling maul.

This rolling maul proved to be a constant thorn in Hartpury’s side, as both Jimmy Roots and, Trailfinders Rugby Academy Product, Cam Terry crashed over on the back of the maul in the closing stages.

With five minutes to go, it appeared like the scoring was done for the day, but David Johnston and Jordan Burns had other ideas. First Johnston scored on the back of a free-flowing move after Dan Lancaster had thrown a beautiful miss pass on his Trailfinders debut.

A minute later, Burns spotted a gap around the fringes of the ruck and used his pace to run in his score from 20m out on his return from injury. His score put the gloss on top of a strong second-half performance, making the full-time score Ealing Trailfinders 42-7 Hartpury.