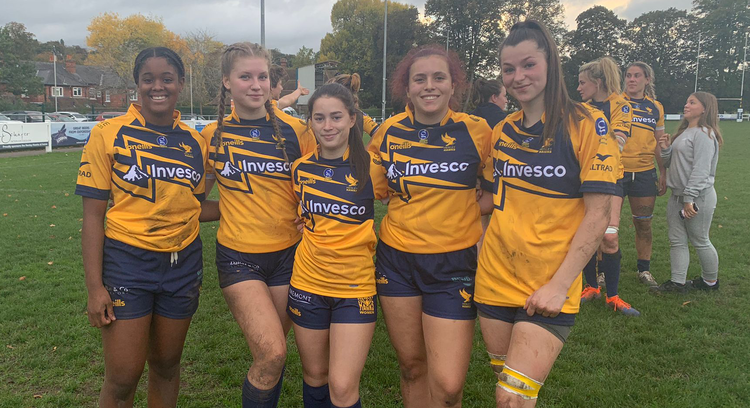 We had a number of our Ealing Trailfinders Women Academy players on loan at various clubs over the weekend.

Cassie Tuffnail, Maddie Blackwell, Jo Bucknell and Eva Bannette all played for Richmond Women on Sunday against Thurrock Ladies. Cassie started at tight-head, backing up from her player of the match appearance last weekend at Beckenham, while Maddie, Jo and Eva all made impacts off the bench in Richmond’s bruising 7-12 defeat at the Athletic Ground.

Meanwhile over at Henley Hawks Women (pictured above), Emily O’Brien started at inside centre on her debut, while Renae Baker scored a sensational try off the wing, kick, chasing and collecting to score. Flo Kirsten-Foster came on at outside centre and Annabell Luntz continued her positional change, making a positive impact off the bench at blindside flanker. The final score finished Henley Hawks 29 - Beckenham Ladies 29.

Over the A3 we had our first partnership game at Wimbledon Women with lock Lizzie Marriot getting her first chance at Women’s Championship 2 in their 36-7 win over Canterbury.