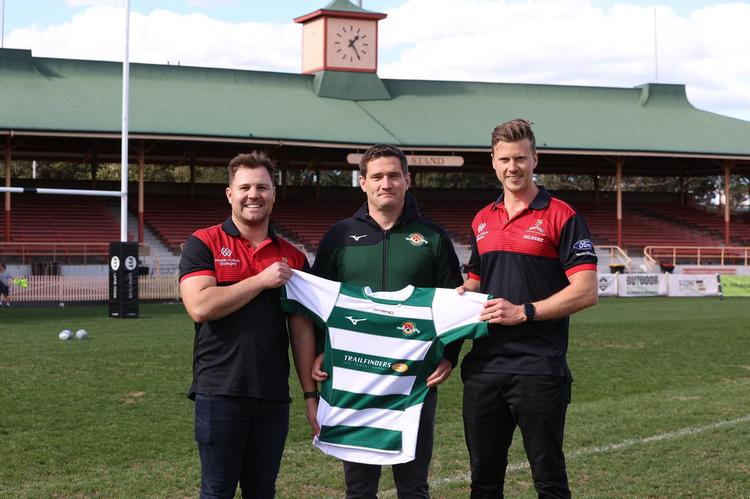 The Sydney based outfit has a rich history, producing 42 Wallabies, including Al Baxter, Adam Ashley-Cooper and Scott Sio. The club fields five senior sides every weekend and has a strong academy and youth setup.

Their season runs from April to September and the first team is currently in the semi-finals of the Shute Shield, having already secured the Minor Premiership. They will face Gordon this Sunday (28th August) for a place in the Shute Shield final.

The partnership will benefit both clubs, with a particular focus on our men’s and women’s academy programmes. As part of the agreement, players on the Trailfinders Rugby Academy Programme who coaches feel would benefit from extra game time in a new environment, will have the opportunity to travel over to Sydney and play for Northern Suburbs during the UK off-season.

This player exchange will be a two-way relationship, with the opportunity being replicated for Norths players to have the chance to play rugby in the UK. The partnership will also see coaches being able to share knowledge with each other and will help increase the development of our men’s and women’s academy players.

"We look forward to welcoming a number of personnel to North Sydney Oval & providing an opportunity for players to continue their development. We have no doubt both parties will be richer for the experience on and off the field.”

Simon Sinclair, Chief Operating Officer of Ealing Trailfinders Academy and Women’s Programme, said: “We’re delighted to be able to partner with such an impressive club who are at the heartbeat of rugby in Sydney. From my recent trip there, I was bowled over by the standard of the facilities, playing surface and the welcoming, community feel of the club.

"It was great to meet Andrew Brownhill (Director of Colts) and Zac Beer (Head Coach). Andrew has such enthusiasm for developing young talent through the grades and Zac is highly regarded in the game, which shows from the success they are having on the field.

“The partnership will be such a great opportunity for our young players to gain new experiences and they should all come back not just better players, but better people.”