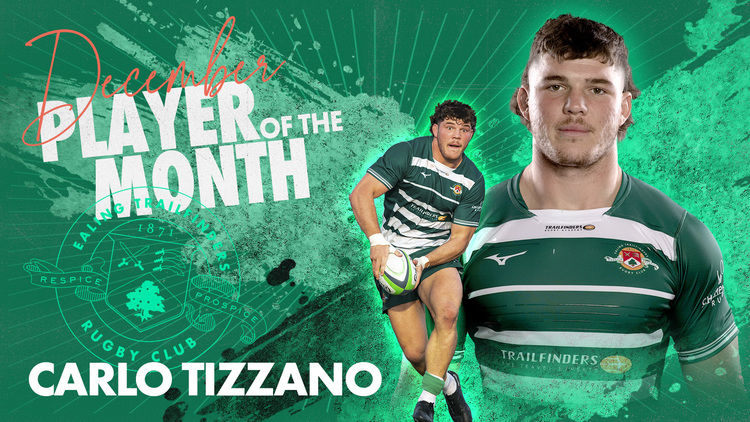 Powerful flanker Carlo Tizzano has been voted the Ealing Trailfinders Player of the Month for December.

The Australian enforcer delivered another outstanding month for Ealing Trailfinders, featuring in all three fixtures against Jersey Reds, Bedford Blues and Cornish Pirates.

The 22-year-old maintained his excellent try scoring form, scoring two tries against Bedford and crossing in the crucial moments in the 12-25 win over Pirates. His three tries in December catapulted Carlo to the top of the Championship's try-scoring list with 11 tries so far this season.

This is the second time Carlo has been voted Player of the Month having won the award back in September.