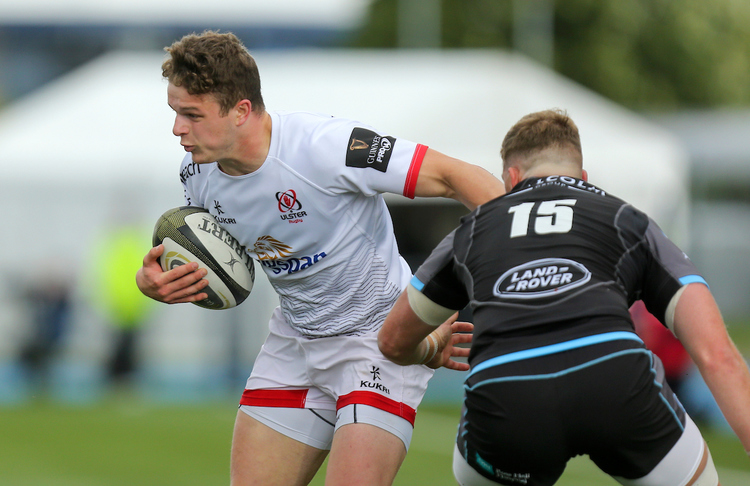 Ealing Trailfinders are delighted to announce the signing of Angus Kernohan from Ulster Rugby.

The 21-year-old highly rated winger is a very exciting arrival from the Kingspan Stadium on a two-year deal.

He has made 21 appearances for the Belfast-based side after graduating from their academy, including seven starts in the Pro 14 and two appearances in the Heineken Champions Cup.

Kernohan joined the full-time ranks of the Academy in 2018 and then went on to become an almost constant feature in senior match-day squads, leading to a first team contract.

His quality has also been recognised on the international front, and he was a significant part of the Ireland Under 20’s Six Nations Grand Slam winning team in 2019.

The Irishman is pleased to be making the move to West London to join the Trailfinders.

“I’m really excited to join a great squad who are going from strength to strength. Watching from my home in Ballymena since I signed I’ve been really impressed.

I hope I can bring something to the squad on and off the field as soon as our current situation settles down and we are allowed to train safely.”

Director of Rugby Ben Ward is extremely satisfied to have secured Kernohan’s signature.

“Angus is a brilliant winger who has a very bright future in the Green and White shirt. He has played at the top level of club rugby with Ulster, so at such a young age we feel that he will flourish with game time here.

His pace and power will be a massive asset to our back-three and we are looking forward to having him in our squad.”