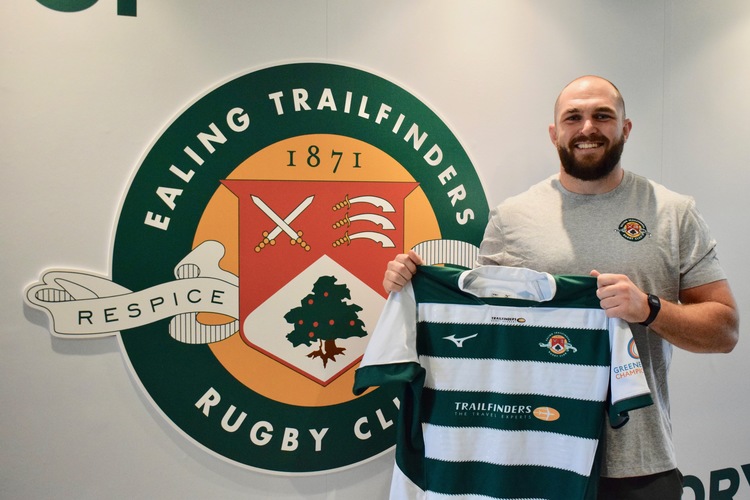 Ealing Trailfinders is pleased to reveal that Will Davis has re-joined the club on loan until the end of the season.

The loose-head prop signed for Northampton Saints ahead of the 2018/19 campaign and made seven appearances at Franklin’s Gardens, but has now arrived back at Trailfinders Sports Club.

Davis made 80 appearances for the Green and Whites during a four year spell between 2014 and 2018, which included winning promotion from National One as well as the British & Irish Cup.

Director of Rugby Ben Ward is pleased to have Davis back in West London.

“Will played 80 games for us in his first spell here and knows what is expected of an Ealing Trailfinders player.

He comes in at a time when we have a few injuries in the loose-head position and he is a perfect solution so we are delighted to welcome him back.”