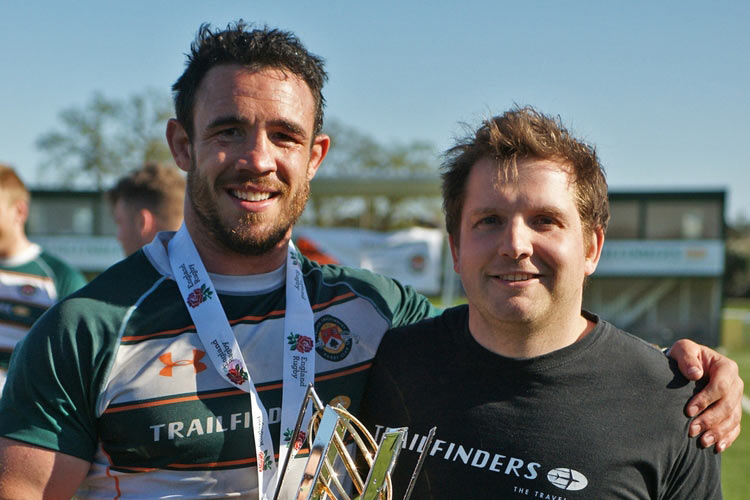 Director of coaching Ben Ward was quick to pay credit to the players after Ealing Trailfinders wrapped up promotion to the Greene King IPA Championship.

A 19-15 defeat to Rosslyn Park may have ended their unbeaten run at their Vallis Way home, but the one point losing bonus point, allied to Park’s failure to claim all five points on offer, meant that Ward’s side returned to the Championship 12 months after relegation at the end of their maiden season in the second tier.

“Preparations for this season actually started back in February 2014 when the players reported back for pre-season in June, ” Ward said.

“I can't speak highly enough of what the players have achieved and also their work rate throughout every week. The sacrifices they have made, coming in on New Year’s Eve, New Year’s Day and free Saturdays meant they earned their rewards.”

The match against Park was the latest in a long-line of epic encounters against the side from across Hammersmith Bridge.

Earlier in the season Ealing Trailfinders edged a fearsome encounter at the Rock 17-16. At Vallis Way Luke Daniels’ 10 points and an Arthur Ellis’ try weren’t enough to peg back Alex Codling’s side who held out after a strong start, 14 points from Scott Sneddon and an Alex Mackenzie try.

It meant that at the final whistle both teams had something to celebrate.

“The result and the performance against Rosslyn Park wasn't what we wanted but huge credit to Rosslyn Park in the way they came out and took the game to us, ” Ward added.

“It is a pity that whoever finished in second place will do so with so many points. National 1 has a lot of travelling and I can't say thank you enough to the supporters who have travelled with us all over the country to give us that extra bit we needed to come through the tight games. It really does make a difference.

“It has also been good to see some familiar and some new faces coming down to Vallis Way to watch us play and I know the guys have enjoyed your company in the bar afterwards. This is something we would really want to build on next season.”

Ealing Trailfinders will wrap up their season away to Loughborough Students and then turn their focus to their return to the Championship.


The team’s first season in the Championship ended in last day heartbreak when they were relegated back to National 1, after finishing a point behind Jersey. They had struggled initially, but after earning their first win away to the Channel Islanders at the end of November, quickly found their feet.

“Plans have been ongoing behind the scenes for the last few months in preparation for the two scenarios of life in either National 1 or a return to the Championship, ” ward said. “Now we have secured our status keep an eye on the website for updates on the current squad and news of new arrivals.

“These are exciting times ahead and as a club we have a second chance to do what we couldn't do last time and survive in the Championship. It is going to be really tough but it is also going to be incredibly exciting and challenging. I would urge as many supporters to keep in touch during the summer months and get Vallis Way rocking next year.”