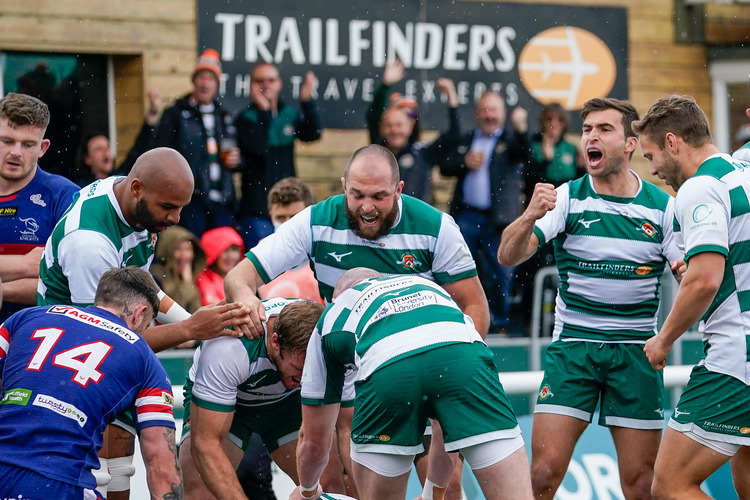 Ealing Trailfinders are set to host Hartpury in the opening round of the 2021/22 Championship season, with the full set of fixtures released today by the RFU.

The West London outfit begin their battle for promotion against last season’s ninth placed side on 18th September at Vallis Way, which is then followed by a bye week for the club.

Trailfinders welcome 13 new faces to Trailfinders Sports Club with rejuvenated hopes of taking the step up to the first tier of English rugby, with experienced South African prop Dylan Smith one of a dozen new arrivals ahead of the new campaign.

Action for Trailfinders will then resume on the first weekend of October 2nd with a journey to Cornish Pirates, as October’s final round of games sees the welcome return of London Scottish to Trailfinders Sports Club, following Matt Williams’ side opting out of competing in the previous curtailed season.

Two crunch games against Jersey Reds and Doncaster Knights are etched into the diary for 20th November and 27th November respectively, with Trailfinders making the trip to Yorkshire in November’s final fixture.

The boys in Green and White emerged victorious against both sides last term, with convincing routs of the Pirates (64-17) and Knights (38-15) on home soil.

Trailfinders are scheduled for their second and final bye week of the season in Round 13 on Christmas Day, with their following encounter being the visit of Cornish Pirates on New Year’s Day.

The month of January is closed out with Coventry’s outing to west London in Round 16, followed by a short commute to the returning London Scottish on the 29th January.

Trailfinders then face yet another back-to-back double header against budding promotion hopefuls Jersey Reds away on 19th February, facing recently departing Trailfinder Guy Thompson, and Doncaster Knights at home on 26th February, before their final two fixtures of the campaign.

A trip to Bedfordshire to face Ampthill in mid-March precedes Trailfinders final match of the 2021/22 season, hosting local rivals Richmond at Trailfinders Sports Club on 19 March.

With pre-season underway for Ealing Trailfinders, you can be part of the action by signing up for a season ticket, starting at just £175. Click here to buy your tickets now!