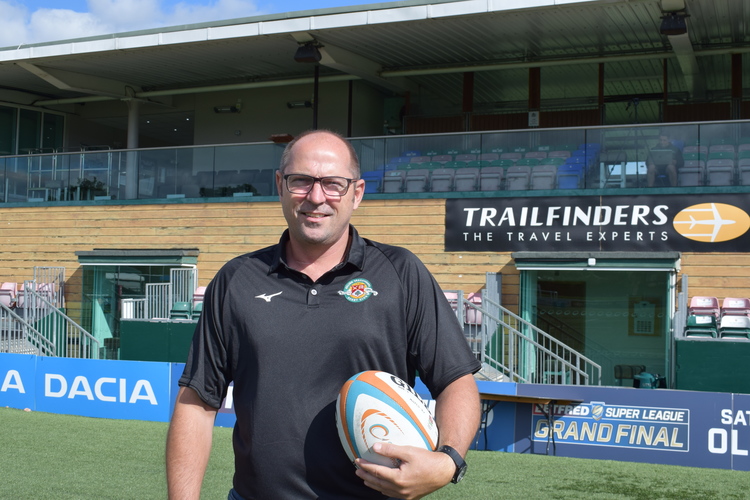 Ealing Trailfinders is excited to announce the appointment of Ty Sterry as the new Academy Manager.

Sterry joins the club with a vast amount of experience after spending the last six years as a Rugby Development Officer with England Rugby.

His previous coaching includes a two-year spell with St Mary’s University as Director of Rugby, as well as time in Italy with Rugby Parma, L’Aquila and Rugby Colorno.

He will be involved in all aspects of Academy operations, continuing to develop the pathway in order to optimise the talent identification and development of both players and coaches for Ealing Trailfinders.

Sterry will work closely with Brunel University London to ensure that the pathway becomes the best player development programme in rugby.

Ty is looking forward to starting his new role at Trailfinders Sports Club.

“It’s an enormous privilege to join the club and exciting to play a part in supporting an effective talent development pathway. It’s a great opportunity to enhance the pathway opportunities for players that are looking to play professional rugby.”

Director of Rugby Ben Ward is thrilled to be welcoming Sterry to the club.   “I’m delighted to have Ty on board. He is someone I have known for a while and I know he will be a success in the role. His attention to detail will ensure no stone is left unturned in our quest to produce a player pathway second to none.”