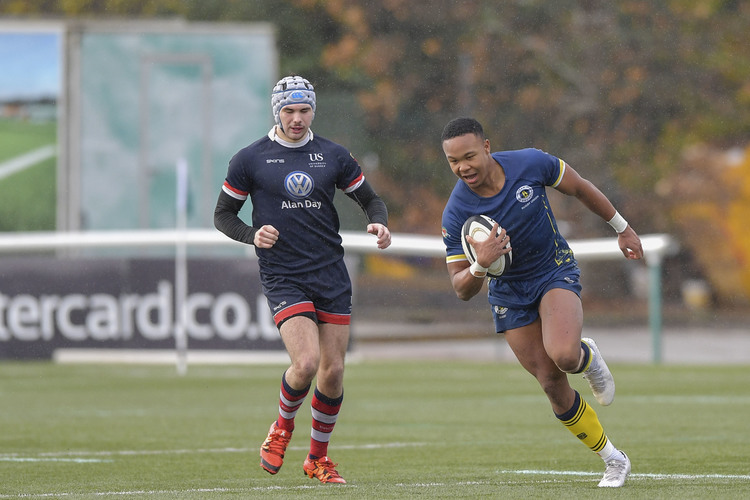 Find out more about Academy Scholar Charly Tchen who has made an impressive start to life at Ealing Trailfinders.

The versatile back who can play either in the centre or on the wing is another Scholar who has a bright future at the club.

Tchen arrived from the Gloucester Academy and represented them in the Singha Sevens at Franklin’s Gardens, showing how highly rated he is.

He has been a regular for the first team at Brunel and is in a rich vein of try-scoring form, including crossing four times against Queen Mary University of London.

His power and pace make him hard to stop, and his ability to beat the first defender has impressed the first team coaches when training at Trailfinders Sports Club with the professionals.