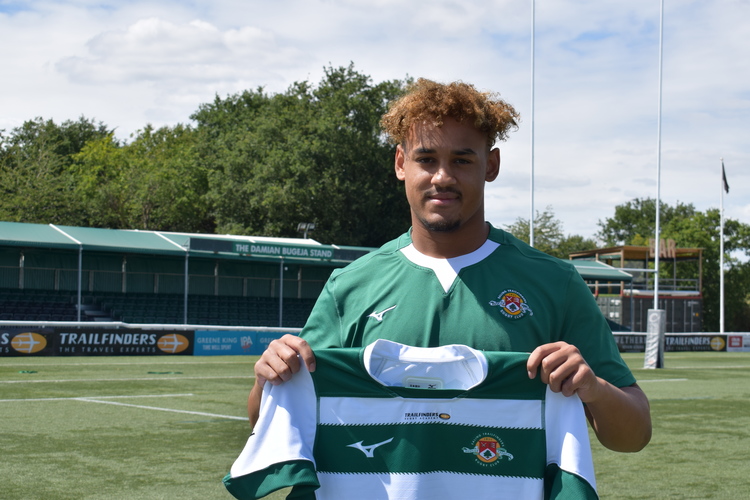 Ealing Trailfinders can today reveal the next five members of the Trailfinders Rugby Academy with Brunel University London.

Andrew Fadera, a former Harlequins Academy back-rower joins from Hurstpierpoint College in West Sussex, and will be looking to impress ahead of the season with Team Brunel.

Josh Taylor can play in both the second-row and back-row, and joined the London Irish Academy after his time at St Paul’s Catholic College. His performances at Hazelwood earned him a call up to Scotland Under 18s, and he has also represented Middlesex County.

Morgan Veness is an exciting hooker who joins from Hartpury College. He has been part of the Gloucester Academy and has also played for Cardiff Blues Under 16s as well as the Welsh Exiles.

Toby Ponsford, a powerful back-rower who attended The Skinners School joins from Saracens Academy, where his efforts there earned him a call up to their Under 18s side.

Declan Raubenheimer is another big prospect to join from South Africa, and will look to make significant progress in the number 10 shirt. He went to Jeppe High School in Johannesburg before joining the Golden Lions Academy, and played for their Under 18s in 2018 and 2019.

Head of Recruitment Alex Shaw is pleased to be bringing in further talent to the programme.

Andrew is a very strong ball carrier who has great skills on the ball. His handling is extremely impressive and with his physicality he can have a fantastic future.

Josh has good versatility and is very mobile for a second rower. He has arrived in very good shape, and is a great lineout option moving forward.

Morgan is a fearless player who has outstanding core skills, in particular his throwing. In defence he is tenacious and has a huge amount to bring to the programme.

Toby is physically ready for this level of rugby, and he has brilliant work rate. Again he is a versatile addition to the group, and is very strong both sides of the ball.

Declan is a very good game manager who has an impressive kicking game. He’s not afraid to get involved defensively, and with his distribution skills he can make huge strides forward here.”