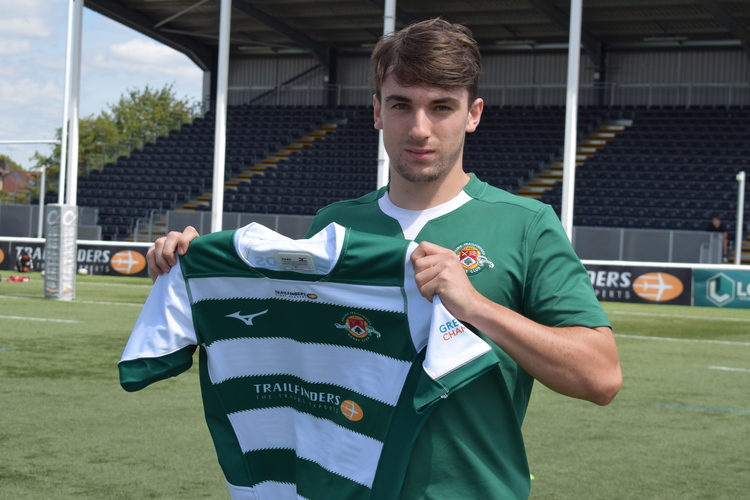 Ealing Trailfinders are pleased to announce the next five members of the Trailfinders Rugby Academy with Brunel University London.

Bradley Law, a centre who attended Beechen Cliff School has been part of the Bath Academy and went on to represent Irish Exiles due to his impressive performances.

Ciaran Roberts joins from the highly coveted Munster Academy. After his time at Bandon Grammar School in Cork he signed with the Thomond Park based side and the scrum-half played for their juniors, making him a big prospect.

Marcus Kershaw of Kingswood School is a versatile addition to the back-line, with the ability to play at either fly-half, winger or full-back and he will look to make his mark with Team Brunel moving forward.

Scott Harman, who plays on the wing or at full-back has been part of the Wasps Academy where he played for their Under 18s side. He attended Henley College who the Trailfinders have an exciting partnership with, and he has also played for Bracknell.

Reon Lewis is another back-three player who can play on the wing or in the 15 shirt, and joins from the Northampton Saints Academy. He was educated at Samuel Whitbread Academy and represented East Midlands County, showing his potential.

Head of Rugby Gareth Rise is pleased to welcome some more quality to the programme.

“Bradley is a powerful, dynamic and direct runner in the centre who is a great signing. His ability was highlighted with his performances at Beechen Cliff so we are looking forward to seeing him progress in the academy.

Ciaran is a very consistent performer who has an outstanding set of core skills. He is a good size for a scrum half with an intelligent rugby brain which will only improve here.

Marcus is a talented athlete who has played many sports throughout his time at school. He is an elusive runner with explosive speed, and he can play a range of positions which will make him a very good addition to the group.

Scott has electric footwork and is a real prospect for us. His speed off the mark is fantastic and we are excited to see him develop.

Reon has incredible pace and we are confident that he will excel here. His strong foundation of skills is a springboard for him, and as his Strength and Conditioning develops he will be a real asset for us.”