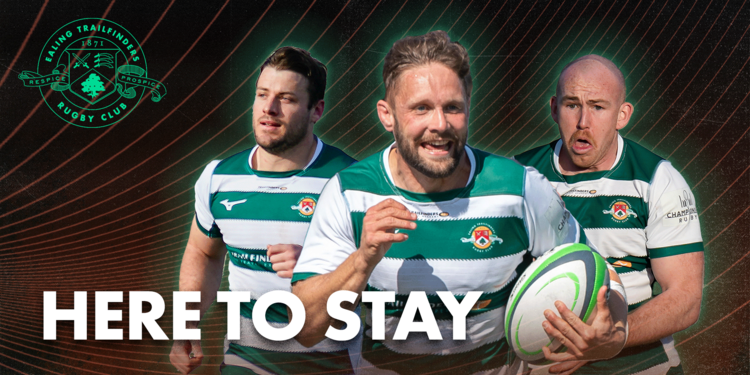 Ealing Trailfinders are excited to announce that Max Bodilly, Pat Howard and David Johnston have all had their contracts extended.

The 2022/23 campaign saw Ealing Trailfinders win the Championship League and Cup double, these three players made a significant contribution to that achievement.

“These are all top quality players, they proved that last campaign and looking ahead they can help us to achieve our goal for this year and push towards the Premiership” said Director of Rugby Ben Ward

“We have seen on so many occasions the centre partnership of the hard hitting Pat Howard and agile Max Bodilly working very well and I’m pleased we have been able to extend both of their contracts.”

“David Johnston featured in 23 matches last season and captained the side a number times, he is entering his fifth season with the club and will continue to play a big part for us every week like he did last year.”