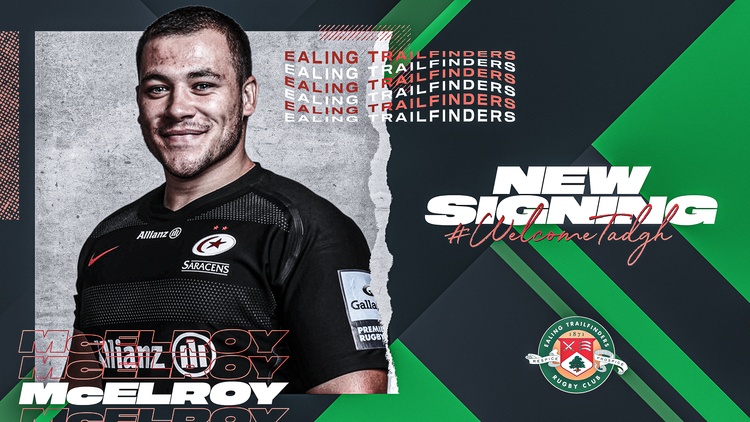 Ealing Trailfinders are delighted to announce that Hooker Tadgh McElroy will join up with the West London outfit ahead of the 2021/22 season.

The 24-year-old has spent four weeks this season on a trial with Bristol Bears to cover a shortage of hookers. He has previously represented Connacht Academy, Ireland U20s, Saracens and spent the 2018/19 season out on loan at Bedford Blues where he made 15 appearances.

The 5’8 Hooker also made three appearances for former European and English champions Saracens, playing in the Anglo-Welsh cup in the 2018/19 season.

Speaking ahead of his move McElroy is excited to get started in West London.

“I think that the club is on a very special journey and it’s one that I want to be a part of. I’m excited to meet my new teammates and everyone involved at the club. The Ealing Trailfinders fans have stood out to me with their loyal support, both at home and away.”

“Tadgh joins us after a 12-week spell with Bristol Bears where he has impressed the coaches. We have been looking at him for some time now and we’re excited to see him join up with the squad and show what he can do on the pitch. He brings great physicality to his game and is a threat across the pitch, as well as his accuracy at the lineout.”