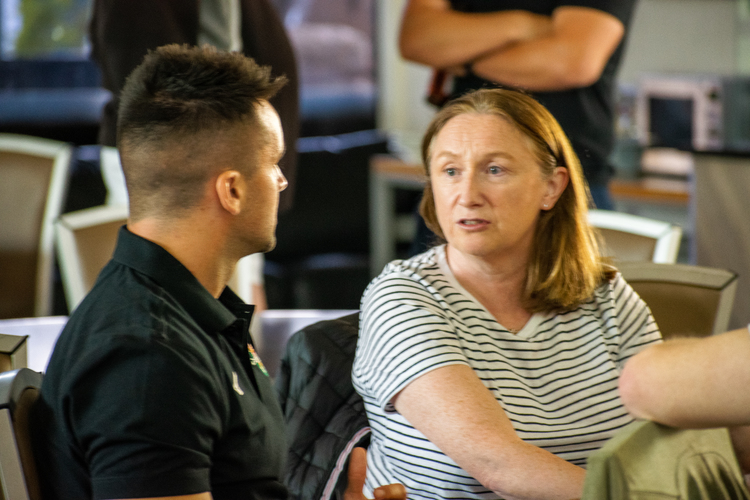 We were joined at Trailfinders Sports Club last night by a number of supporters, who came in for a beer with our new players.

Director of Rugby Ben Ward kicked off the evening by introducing each of the new arrivals with Gary Porter, Jack Digby, Bill Johnston, Cian Kelleher and Reuben Bird-Tulloch joining the group of supporters.

We also heard from each of the new players on their experience at the club so far, and about some of the conversations had with Ben that led them to West London.

Supporters and sponsors were then able to openly chat to the players themselves enjoying a few drinks to really get to know them ahead of the start of the new Championship campaign which kicks off next month.

Please keep an eye on our website and social media accounts of the next few months for updates on more events like this taking place at the club.

We could be seeing some of our new faces during this weekend's opening pre-season fixture against Gloucester on Saturday at 3pm.

Tickets are still available to be here from just £10.