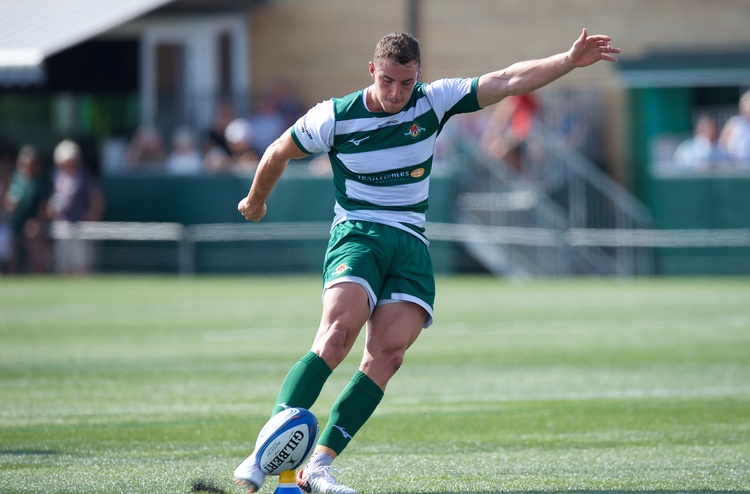 In the Rugby Paper this week, our fly-half picked the best XV that he has played with or against!

1. Alex Corbisiero - Very powerful ball carrier and an explosive scrummager during my time at London Irish. Good guy off the pitch who was very entertaining with his rapping skills!

2. Ken Owens – ‘Cannon Ball Ken’ we called him at the Scarlets. A big weapon who would get us on the front foot more often than not and has been a brilliant servant to Wales.

3. Martin Castrogiovanni – One of the best tightheads in the world. I remember playing against him in 2012 and he was a very tough competitor. His record speaks for itself, fantastic player.

4. Juan Smith – South African World Cup winner who I played against in the Heineken Cup. Delivered one of his famous hand-offs to the face but I still managed to bring him down!

5. Alun Wyn Jones – What a leader. An incredible competitor who was always a complete nuisance when we played against the Ospreys. Thoroughly deserves the accolades he gets.

6 Aaron Shingler – Always enjoyed playing with my older brother, of course. Great in the lineout and fast in the wide channels – and a decent cricketer in his younger days as well!

7. Jacques Burger – It was my second game for Scarlets when I was 18 and Saracens ran five-man lineouts down my channel all day. Very scary and one of the toughest men in rugby.

8. Taulupe Faletau – His all-round game is so strong and his ability to beat the first man is very good. Very skilful player, such a pity he had to miss the World Cup through injury.

9. Gareth Davies – A game changer with incredible pace who picks off intercepts for fun.

10. Dan Carter – I took a lot of learning from playing against him. The best player in the world at the time and an idol of mine growing up.

11. Sailosi Tagicakibau – A very kind man off the field, and on it he had an amazing try-scoring ability. Could beat defenders all day long with his sidestep and power.

12. Jonathan Davies – Great leader and one of the best defensive centres in the world for Scarlets and Wales. A very powerful hand-off to break the line as well.

13. Jonathan Joseph – A good friend, we played a lot of games together at Irish. Out and out gas, wonderful feet and a great defender and communicator.

14. Delon Armitage – Unbelievably welcoming at Irish who invited me straight out on my first day at the club to settle in. The most competitive person you could come across.

15. Liam Williams – An all-round class act on and off the field and a big character in the Scarlets squad and a great friend. Be great to see him back in Wales next season.