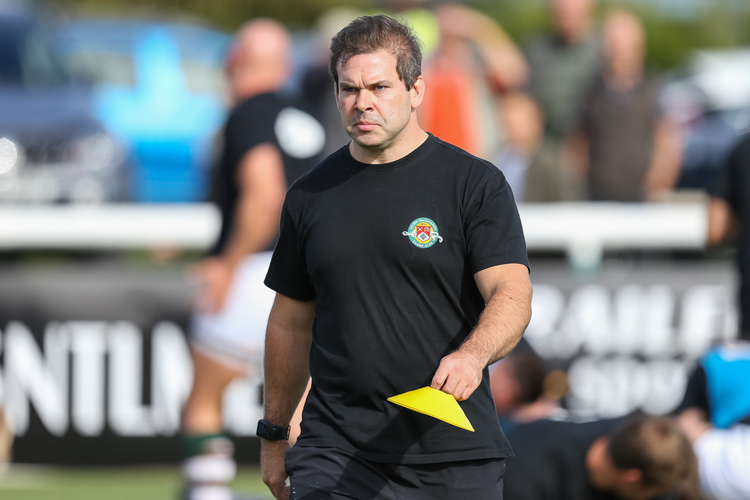 Ealing Trailfinders is pleased to announce that Steve Neville has signed a new contract as Scrum Coach.

Neville took up the role at the beginning of the 18/19 season and will continue after making a huge impact this year.

He has been with the club for 15 years as he has gone from a regular in the starting line up to become a member of the coaching team.

The former loose-head prop was hugely influential in the rise up the leagues for the Green and Whites, winning National Two South, National One twice and also representing the club in the Championship.

The 34-year-old was inducted in to the Hall of Fame in 2015 after making his 200th appearance for the Trailfinders that season, and after retiring as a player he became part of the Strength and Conditioning department.

He has been working on the scrum this season as well as the breakdown, and will continue for the 19/20 campaign.

Neville is looking forward to another year at Trailfinders Sports Club.

“It is a very exciting time to be involved at Ealing Trailfinders and I’m delighted to be continuing as Scrum Coach. We have a great pack of forwards who work very hard and our focus is on finishing the season strongly.”

Director of Rugby Ben Ward is delighted to have Neville as part of the coaching set-up for the 2019/20 season.

“Stevie knows the club inside out and has adapted brilliantly to this role. He has done a great job this year with the scrum so we are pleased that he will continue to be a crucial member of the group for next season.

The props have enjoyed working with him and we have seen great progression in that department.”