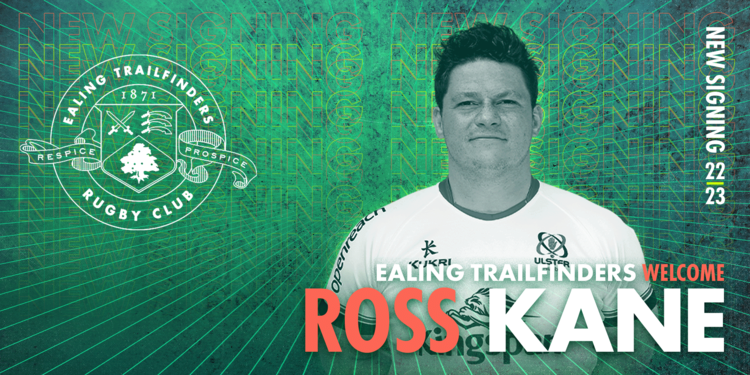 Powerful Ulster prop Ross Kane is the latest player to sign for Ealing Trailfinders ahead of the 2022/23 Championship campaign.

The 27-year-old has been an impressive and invaluable member of the Ulster squad since his senior debut against Dragons in September 2016. Born in Belfast, Ross played his junior rugby for Donaghadee RFC before captaining Methodist College to the Schools’ Cup title in 2013. He continued his rise through the ranks representing Ireland U19s against France in 2017.

The tighthead makes the moves to West London with 60 Ulster appearances under his belt, adding further experience and firepower to Ealing’s Championship pack.

Expressing his delight to join Trailfinders, Ross said: “I’m incredibly excited to be joining Ealing and taking the next step in my rugby career. The club has achieved so much over the last few years, winning both the Championship and the Championship Cup. It’s a hard working club with a lot of aspirations, on an exciting journey for promotion that I’m eager to be involved with. I’m looking forward to getting started with the team and adding what I’ve learnt at my time with Ulster.”

Director of Rugby Ben Ward commented: “Ross is a great addition to our squad. He is a tough, hard-working player who is renowned for his strong scrummaging and his consistent ability to carry with power and use his strength at the set piece. He is an ambitious player who wants to achieve the ultimate success at our club.”