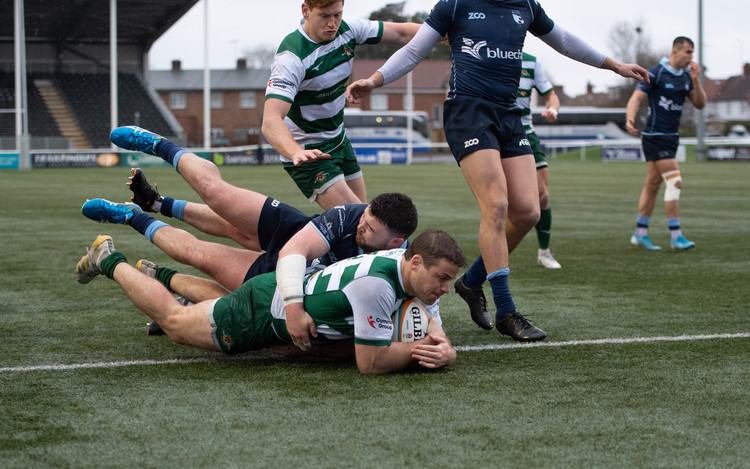 Ealing Trailfinders are pleased to reveal that Pat Howard has signed a new two year contract at the club.

The South African has made a sensational start to 2020 and his recent performances have played a huge part in the current eight-match winning run. Howard has scored four tries in his last eight appearances whilst playing in the centre and on the wing, showing his versatility.

Over the last two seasons he has played 29 times for the Green and Whites, and his physicality as well as pace make him one of the standout players in the division. With the likes of Jack Tovey also in the midfield, the pair make a formidable partnership.

He has vast experience after previous spells with the Stormers in Super Rugby, Munster, Northampton Saints and the Dragons to make him a regular starter in the back-line.

The centre is excited about what is ahead at Trailfinders Sports Club.

“I am looking forward to continuing the journey with Ealing Trailfinders for the next two years and to keep building towards the next level with them.

It’s been a great experience and throughly enjoyable to be able to play consistently and improve my game as part of this ambitious team and club, and I’m excited to see where we go next.”

Director of Rugby Ben Ward says Howard re-signing is another excellent piece of news for the club.

“Pat is a top professional who works very hard at his game. His pace and power make him very difficult to stop and he is one of the first names on our team sheet. We see him as a centre but he also has the ability to cover on the wing.

We still feel that there is more to come from him as well as he has shown in recent months with his try-scoring so this is a fantastic signing for us.”