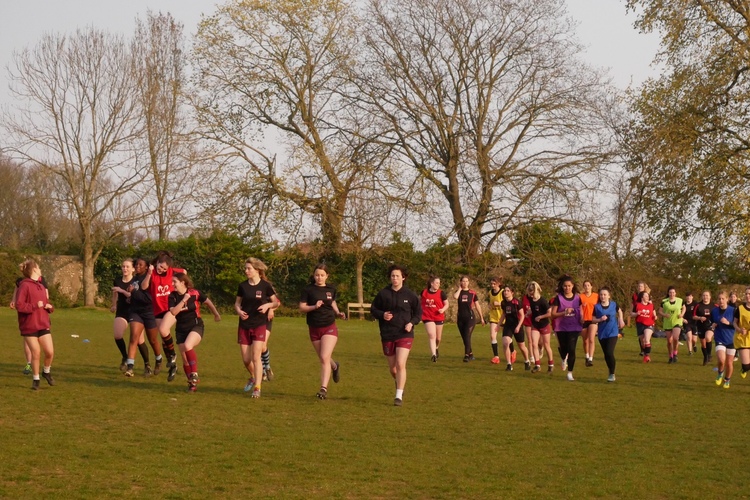 After signing a partnership with professional club Ealing Trailfinders, the DPP was open to all female rugby players and athletes from other sports in Y10 and 11. Participants came from as far afield as Pulborough, Horsham, East Grinstead and Seaford as well as representatives from a number of Brighton & Hove schools. The session featured guest coaching from England 7s and 15s player Natasha Brennan, supported by some of the Newman Academy coaches.

On a day of perfect Rugby 7s weather, the players seemed to really respond to the experience of the former England International and the academy coaches were pleased to see the standard of play was high across the board.

Wes Horscroft, Director of Academies, said “I was really impressed by their skills but also how keen all of the players were to learn. You could see them trying the things they’d been told.”

The feedback from the session was hugely positive.

“Thank you so much for inviting [my daughter] to the 7’s sessions. She came home absolutely buzzing. I didn’t think she could love rugby move.”

“[My daughter] was apprehensive on Tuesday as she was the only one from her club, but she got on and got involved and came away telling me how she wanted to go to the college and how she would be able to train at Newman and still play for her club side. Thank you and your colleagues for Tuesdays’ training and for giving her this opportunity.”

The DPP programme runs for another 2 weeks on Tuesdays 4:30pm - 6:30pm at the college. The programme combines rugby skills with athlete development, introducing Strength & Conditioning (S&C) concepts, speed development work as well as a holistic look at being an athlete - so understanding the balance between training and rest, nutrition etc.

If any players in Y11 are interested in joining the programme and/or Newman Rugby Academy for the 2021/22 academic year, they should email p.ward@cncs.co.uk to find out more information.