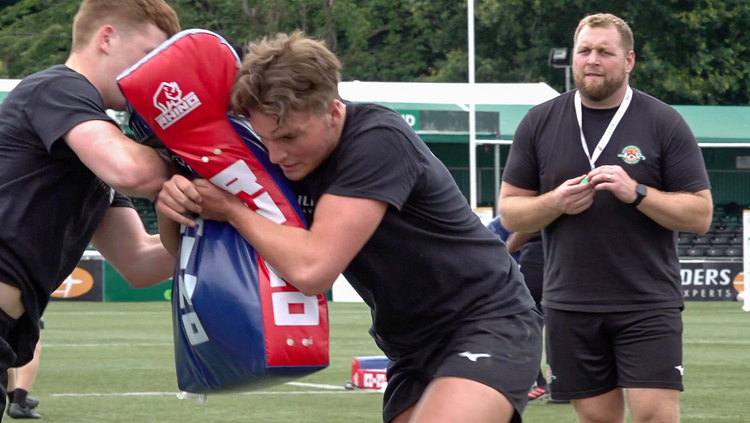 Trailfinders Rugby Academy are delighted to welcome on board this year’s freshers into the programme at Trailfinders Sports Club.

Completing their initial weeks at the club, the new arrivals are settling in well to life here, as we look to bed them into our Academy set-up ahead of the 2021/22 season.

Joe Keohane - Tight Head Prop – Joe is a strong scrummager, a big ball carrier and intelligent player around the pitch, in the past he has represented London Irish Under 18 and England U18s.

Gabe Jones - Full Back – Previously of St Josephs College, he is an elusive balanced runner with ball in hand, and he played very well in the 7s Super Series at Nottingham last week.

Jasper Sorrell - Centre – Jasper is a strong defender, a powerful runner and has previously represented Saracens Under 18