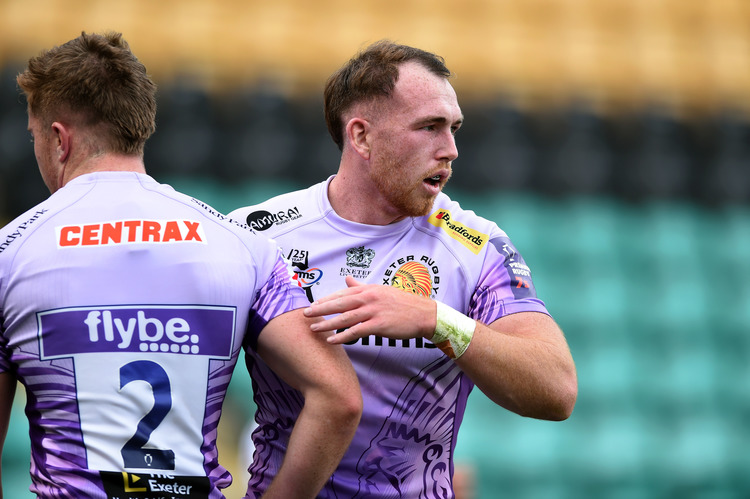 Ealing Trailfinders can today reveal the signing of Max Bodilly from Exeter Chiefs for the 2019/20 season.

The centre is a product of the Academy at Sandy Park, and he has gone on to make 36 appearances for Rob Baxter’s side. The fast-footed back has since established himself as a dangerous runner with an eye for try-scoring.

He made his senior Chiefs debut in an LV= Cup encounter against the Ospreys in 2014 and progressed on to represent Exeter in the Aviva Premiership, Anglo-Welsh and European Champions Cup.

Fighting alongside the likes of Henry Slade and Ollie Devoto for a place in the midfield, he has also been dual-registered for the past few seasons with Cornish Pirates, featuring regularly for the Cornish club in the Championship.

Bodilly is very pleased to have put pen to paper at Trailfinders Sports Club.

“I’m really happy to have signed with Ealing Trailfinders. They have a strong squad with an exciting style of play and have been challenging at the top of the Championship for a number of years. I can’t wait to get stuck into a new challenge!”

Director of Rugby Ben Ward is excited by Bodilly’s arrival.

“Max first impressed us while playing on loan for Cornish Pirates a few years back. He has been at Exeter who are one of the best in the country and is a brilliant attacking threat to add to our current squad.

He offers us the ability to play at either full back, outside centre or on the wing, and with game time we feel that he can really kick on with lots of room to grow.

He has proven himself at the highest level as a powerful runner and we are confident that he will be a brilliant player for us.”