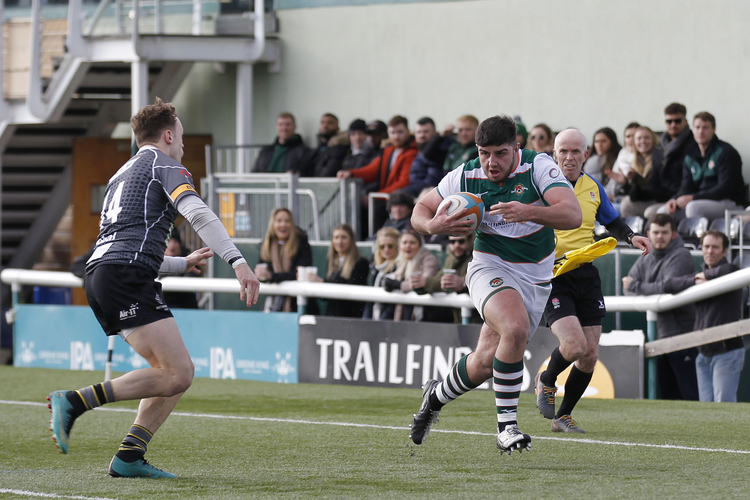 Ealing Trailfinders is delighted to announce that Matt Cornish has committed his future to the club by signing a new contract.

The hooker has made an impressive 63 appearances despite still being just 21 years of age and is one of the longest serving members of the squad.

Cornish came through the academy system at Ealing Trailfinders and the 2019/20 campaign will be his fourth year at the club. He made his first team debut when he came off the bench in the British and Irish Cup against Rotherham Titans in February 2016 and has not looked back since, going on to sign his first full time contract that summer.

Last year he was an ever-present in the match day squad and played a key role in winning the B&I Cup in a memorable final against Leinster, whilst this season he has continued to feature week-in-week-out and battle with the likes of Alun Walker and George Edgson for the starting shirt.

His form in recent weeks has shown exactly what supporters can look forward to, with a hat-trick against Richmond earning him a Man of the Match Award and plenty of praise.

Cornish is delighted to be staying in West London for the foreseeable future.

“The club has allowed me to develop as a player and hone my technical skills whilst gaining experience at a high level of rugby. I’m really looking forward to seeing what the club can do and am excited at the club’s prospects to push for promotion and gain silverware which is an amazing opportunity for me to be part of.”

Director of Rugby Ben Ward is thrilled that Cornish is remaining at Trailfinders Sports Club.

“Matt has matured in to a top Championship hooker and we are looking forward to seeing him develop even further over the next year. To have so much rugby under his belt at such a young age is a testament to his ability and to unlock even more of that is a great prospect for the club.”