Lewis Thiede heading back to Ealing Trailfinders from Bristol 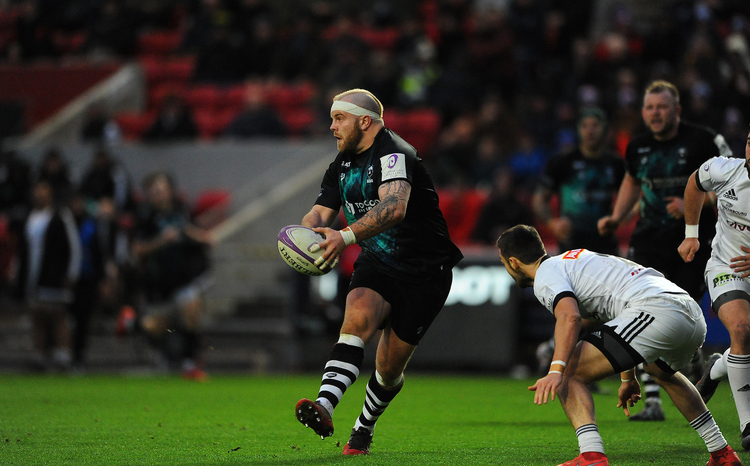 Ealing Trailfinders can today reveal that Lewis Thiede will re-join the club on a long-term deal.

The tight-head prop has been at Bristol for the last two years in the Gallagher Premiership, and has featured 12 times for the Bears this year.

The 29-year-old’s spell in the top flight has seen him demonstrate his scrummaging ability and he also scored the winning try in a memorable victory against Northampton Saints at Franklin’s Gardens.

During his first stint at Trailfinders Sports Club he made 50 appearances for the Green and Whites, forming a devastating front-row partnership with the likes of Alun Walker and Will Davis.

Weighing in at 121kg he has plenty of power to add to the squad, as well as previous experience from Wasps, Doncaster Knights and London Scottish.

Thiede is excited to be returning to Trailfinders Sports Club next year.

“I’m really looking forward to coming back to Ealing Trailfinders. When Ben spoke to me it was an easy decision to make having been at the club previously and with Alex Codling being there, I felt that before I left we were on the cusp of achieving something very special so I want to come back to achieve things here.

I have really enjoyed my time at Bristol and believe my game has very much improved since working with Pat and all the coaching staff.”

Director of Rugby Ben Ward is delighted that Thiede will be back in the Green and White shirt.

“Lewis is a top tighthead, who has proven quality in the Premiership and is also a great character around the squad. When the opportunity came up for him to return it was an easy decision for us.

He has developed his game at Bristol and we are looking forward to having him back with us in an Ealing Trailfinders shirt next year.

As a club we have not finished our journey up the leagues, and I know Lewis feels the same so we are both clear about what we want to achieve.”