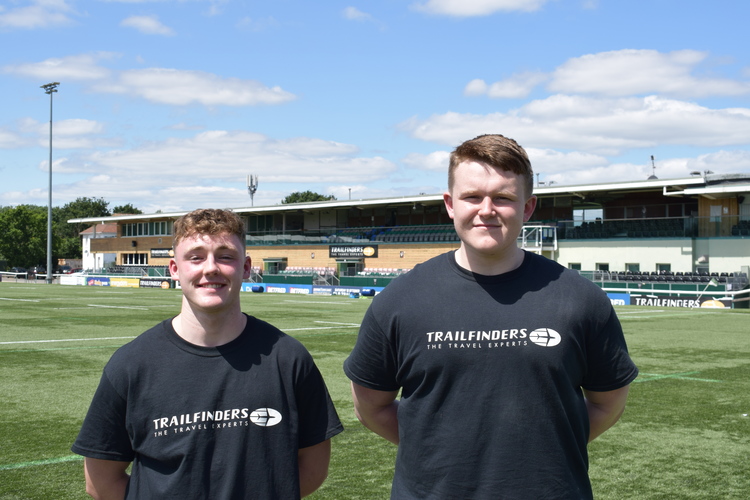 Oisin Kearney and Michael Cooke are both hugely exciting additions to the programme, adding further depth to both the pack and the back-line.

Michael Cooke joins from the Newcastle Falcons Academy, and can play at either scrum-half or fly-half. He attended Sedbergh School and has represented Ireland at Under 18 Level as well as playing for London Irish ARFC.

Oisin Kearney is a tight-head prop from London Oratory School who then went on to Millfield School for sixth form and a big step forward for his rugby. A former Irish Exiles player, he was part of the Academy at London Irish and he featured for their Under 18s as well as Middlesex County.

Ealing Trailfinders Director of Rugby Ben Ward commented: “Both lads have settled in to training well and we are looking forward to working with them over the next three years.”

“This continues to highlight the interest that our programme has with some of the most established rugby schools in the country.

Oisin and Michael are both exciting players who will thrive in this environment as they develop both professionally and academically.”