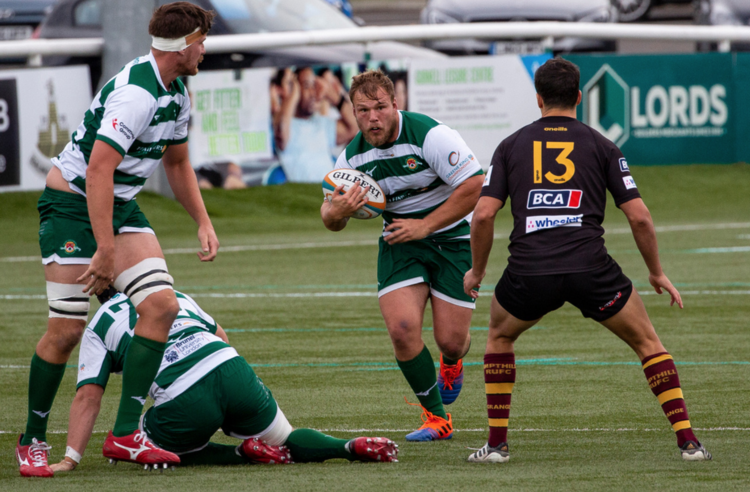 Ealing Trailfinders can today reveal that Josh Pieterse has signed a new deal for the upcoming 2020/21 season.

The loose-head prop spent most of last season on loan at Chinnor at the top end of National One, and after impressing the coaches he will have another year at Trailfinders Sports Club as he looks to make the step in to the first team permanently.

The 25-year-old made his debut for the Trailfinders in the 43-5 win over Ampthill in the Championship Cup, and also featured in both pre-season victories against Bishop’s Stortford and Rosslyn Park.

Before heading to London the front-rower has been one of the most impressive performers in the BUCS Super League, making 33 appearances for Exeter University during his time studying there and also becoming captain.

His performances for Exeter earned him a call up to England Students, where he demonstrated his ball-carrying and pace which are both great strengths to his game.

He will now be battling with the likes of Will Davis and James Gibbons for a place in the match day squad moving forward.

Tightheads Harry Seward, who was with Blackheath on loan, and George Davis are also both under contract for 20/21, further boosting the strength in the front-row.

“Last year I had an invaluable experience under Steve Neville on my scrummaging, the rest of the coaching staff and players.

I am looking forward to continuing at a club whose ambition is clear to see.” Said Pieterse.

Director of Rugby Ben Ward says there is plenty more to come from Pieterse.

“Josh is someone who took huge strides forward last season, and we really feel that this could be a great opportunity for him to break in to the first team.

He works very hard and has a great attitude, so it is very exciting that he will be with us for another year.”