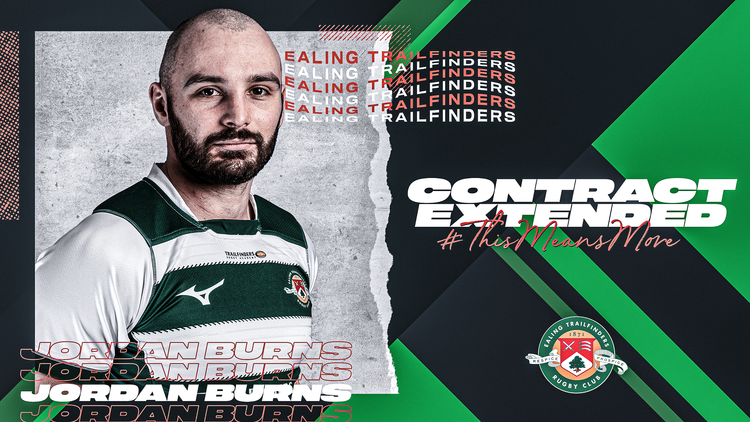 The experienced Scrum-Half has made a total of 44 appearances for the Trailfinders with 11 of them coming this season.

His talents shown only recently against Bedford, where his electric pace saw him break the Blues defence, crossing the whitewash during a hard fought 17-40 away victory.

Burns has been an invaluable member of the squad during the 2020/21 campaign helping Ben Ward’s team secure a place in the playoffs, scoring seven tries in ten games.

Jordan Burns spoke of his excitement ahead of his fourth season at the club.

“I’m really happy to have signed on for another year at such a great club. Ealing Trailfinders are building something really special at the moment and I'm excited to be a part of it moving forward.

I'm really enjoying my rugby at the moment and can't wait to continue next year with the Trailfinders” commented Burns.

Ben Ward echoed Jordan’s comment as he secures another important name for the future of the club.

“Jordan has more than shown his class for us during his time here, he’s an electric Scrum Half, who gives us real pace at the breakdown and keeps defences on their toes. I’m really pleased to have secured him, as we look to head into another big season for the club” explained Ward.