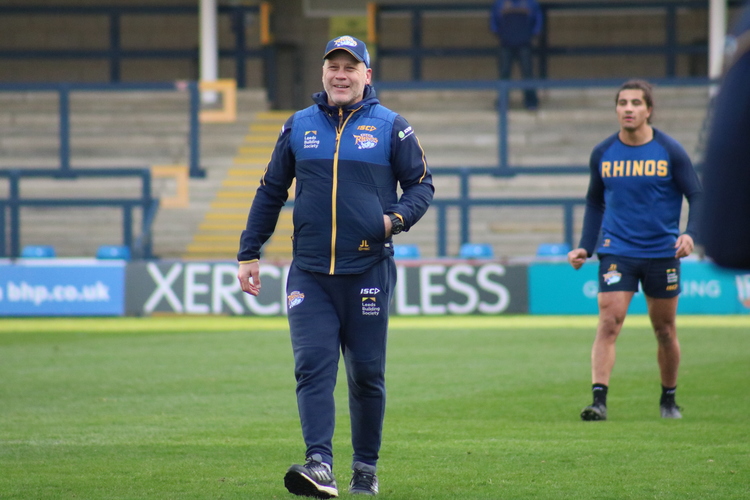 Ealing Trailfinders can today confirm that James Lowes has been appointed to the coaching team for the 2019/20 season.

Lowes brings a wealth of experience to Trailfinders Sports Club after a long and successful career in Rugby League as well as coaching in Rugby Union in recent years.

The 49-year-old played 125 times for Leeds Rhinos before moving to Bradford Bulls in 1996 where he would go on to feature on 238 occasions and enjoy success in the Super League Grand Final.

On the international level he also represented Great Britain on five occasions in his career.

He began coaching at Warrington Wolves and has since coached at Bradford Bulls and Leeds Rhinos as well in the top flight. Lowes then moved to the 15-a-side game with Yorkshire Carnegie as he looked to take them back towards the top of the Greene King IPA Championship.

His most recent appointment saw him become Assistant Coach of the England Rugby League team, and he led them to victory over New Zealand in the Autumn in a titanic test series.

Lowes will join Ealing Trailfinders in the summer and will work alongside the coaching team as the club aim for more advancements on the pitch.

Lowes is looking forward to a new challenge in Rugby Union.

“I am very excited about being given the opportunity to work with Ealing Trailfinders. The staff and the playing squad shows great ambition. Ben is working hard to take the club to the next level and it’s great to be a part of that.”

Director of Rugby Ben Ward is excited to add more experience to the coaching department.

“Jimmy is a great addition to our coaching team. He has a lot of experience in both Union and League and we believe he will be a massive asset in both attack and defence.

All of our other coaching team will remain the same as this year and we wanted to make one addition as a fresh pair of eyes who we felt could make a big impact.

Day to day he will improve our players and is the type of character that the players will want to play for week in week out.”