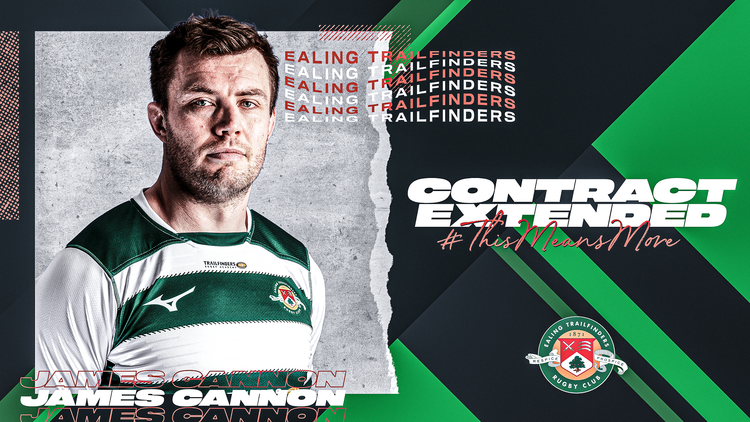 Irish Lock James Cannon has signed a new contract, to extend his stay at the West London club.

The 6’8 second row has made 8 starts during the Championship campaign this season, playing a key part in helping the Trailfinders achieve a place in the play-offs.

The experienced 32 year-old is heading into his third season at the club, and has a total of 22 appearances for the West London club.

James spoke excited for what’s to come next season with the Trailfinders.

“We’re at a really exciting stage of the clubs development and I’m really pleased to have signed a contract extension, so I can be part of the journey. I’ve loved my time at the club and can’t wait to see what we can achieve together in the future.”

Ben Ward is delighted to have James on board for another season.

“James plays a big role at this club, and both on and off the field he’s a great guy to have around the place. He has shown great control and leadership in our line out this year and I look forward to that continuing next season. I’m delighted that he’s decided to stay on this journey that we're on, as we look to fight for a place in the Gallagher Premiership.”