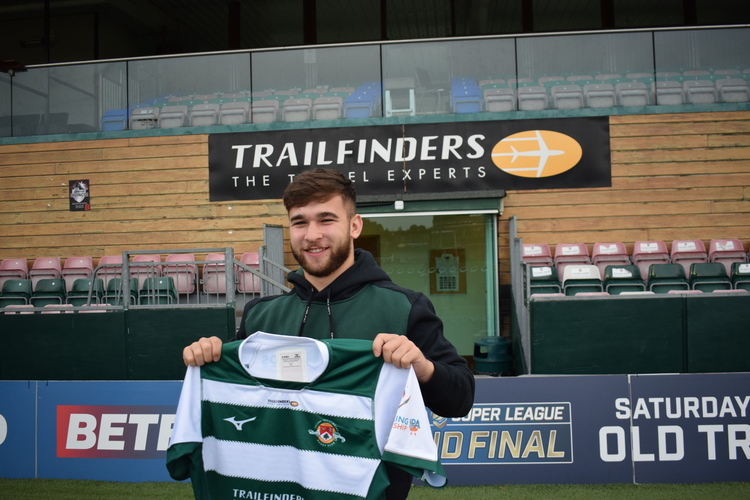 Ealing Trailfinders is pleased to announce the next two members of the Trailfinders Rugby Academy with Brunel University London.

Elliot Chilvers and Dan Hiscocks have headed straight in to training and have both had opportunities alongside the first team as they adapt to their new club.

Dan Hiscocks is a very promising scrum-half who has already represented Wales at Under 16 and Under 18s level. The former Ospreys Academy player attended Ystalyfera Secondary School and Sixth Form, whilst playing for Brecon RFC who are a feeder club for Cardiff Blues.

Elliot Chilvers is a loose-head prop who arrives from the renowned Northampton Saints Academy at Franklin’s Gardens. He played for Ipswich YM Rugby Club during his time at Royal Hospital School and Samuel Whitbread Academy, and has also represented Suffolk, Eastern Counties and England Midlands.

Director of Rugby Ben Ward is excited to have more quality at Trailfinders Sports Club in the Academy.

“Elliot and Dan have both been involved in top academy programmes before and we are delighted to welcome them to Ealing Trailfinders.

Dan was originally recommended to us and everything we saw about him we liked. He will be a great fit for this programme.

Elliot is a powerful prop and has already shown a very good ability to take information board in his short time with us so far.”