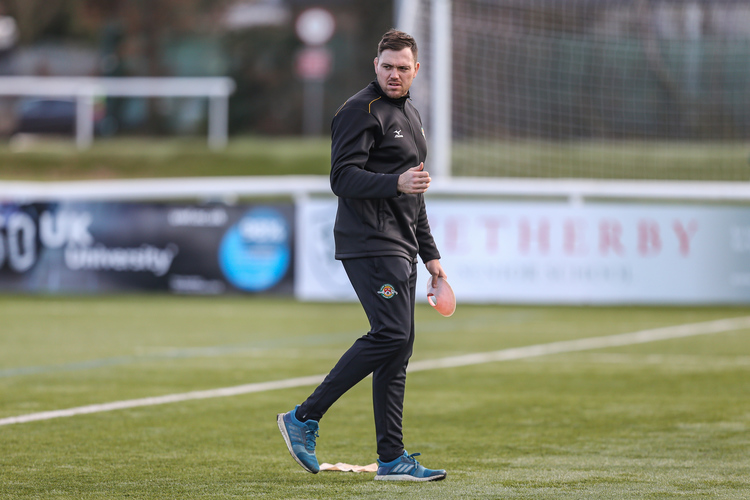 Ealing Trailfinders can today reveal that Glen Townson has signed a new contract with the club as Forwards Coach.

Townson retired from playing back in September to take up the role and has made a seamless transition in to coaching, guiding the Trailfinders to a Cup Final and second place in the Greene King IPA Championship with four matches remaining in the 2018/19 campaign.

The former Club Captain originally joined the West Londoners in 2016 from Bristol and played a huge part in the progression up the Championship table. However a knee injury meant he missed the majority of the 17/18 season and a change in coaching in the opening weeks of this season gave him the opportunity to take over.

Townson is delighted to be staying at Trailfinders Sports Club as he looks to take the club to the next level.

“I’m really excited to be remaining here as Forwards Coach next season. It’s a fantastic time to be involved with the club, and I’m very grateful to be given the opportunity to stay involved with the journey the club is on.

There is something pretty special about the coaching team we have here, we’ve grown a lot together this year & I feel like there’s still more to come.

I’d like to thank the club for giving me the chance to transition into coaching this season, and hopefully I can continue to repay them with a strong finish to this campaign.”

Director of Rugby Ben Ward has been hugely impressed with Townson and says it was an easy decision to appoint him on a permanent basis.

“Glen was inspiring for the club as a Captain and leader and has been exactly the same as a Coach. It was a difficult start to the season but he has come in and been a breath of fresh air.

He is always looking to learn and implement new ideas which works very well with the players and we are looking forward to seeing him develop further over the next year.

Continuity is incredibly important to us and with a lot of retention in the playing squad we will see that reflected in the coaching team as well.”