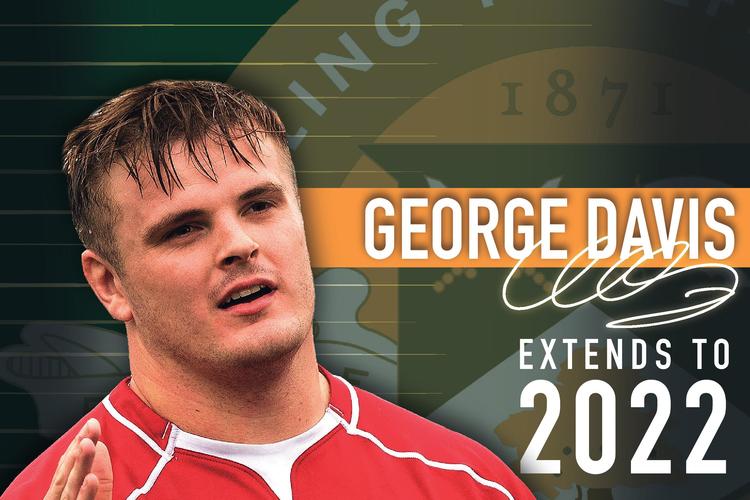 Ealing Trailfinders are pleased to reveal that George Davis has committed his future to the club by signing a new two-year contract.

The tight-head prop will now remain at Trailfinders Sports Club until the end of the 2021/22 season after putting pen to paper with the Green and Whites.

The 24-year-old joined the Trailfinders ahead of the 2018/19 season from Loughborough Students, and played eight times last year during the Championship Cup winning campaign.

He also gained valuable experience on loan at Chinnor and Blackheath in National One, but is now looking to nail down the number three shirt in West London.

During his time at Loughborough he represented England Students as well as Wasps in the A League, and the prop will be competing with Craig Trenier and Elliot Millar Mills this season for a place in the match day squad.

Davis is thrilled to have signed a new deal with the Trailfinders.

“I am delighted to be given the opportunity to stay on at Ealing Trailfinders. The coaches have helped to develop me as a rugby player and I am looking forward to continuing this. It is a club with huge ambition and it is great to be a part of the journey moving forward.”

Director of Rugby Ben Ward says this is an exciting long-term move for the club.

“George has improved massively in his time at Ealing Trailfinders so far and we see him as an important member of our squad moving forward.

His scrummaging makes him a great asset to us and we believe he can be a key component in the years to come."