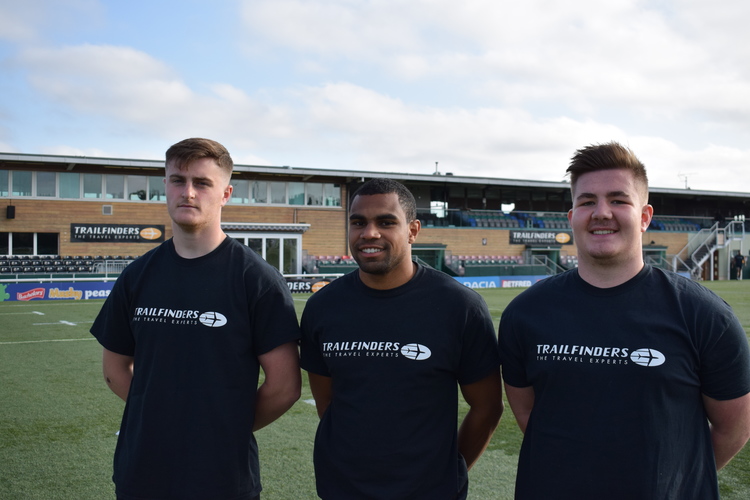 Ealing Trailfinders is pleased to announce the next three members of the Trailfinders Rugby Academy with Brunel University London.

Charlie Garwood, Reuben Norville and Matt Mahoney are the latest players to join the club ahead of the newest academy programme in the country which is now well underway.

Reuben Norville, a winger who has an impressive rugby CV already is an exciting arrival having represented Scotland at Under 16, 18 and 20 level. He has been in the academy at both London Irish and Leicester Tigers, with game time at Cinderford under his belt.

Matt Mahoney joins from the famous Saracens Academy which has created a number of outstanding talents. The back-rower came through school and sixth form at Mill Hill and played at Southend as well as Saracens Under 18s.

Charlie Garwood, a hooker from Samuel Whitbread Academy played for Coventry Under 18s and his home club of Ampthill. He also has representative honours in the form of East Midlands Under 17s & 18s, as well as England Midlands Under 18s.

Brunel Head of Rugby Gareth Rise is thrilled to see another group joining the programme.

“This is another huge step forward to add three players of such quality. They arrive with great pedigree and have already been performing extremely well in training.

The excitement is really growing as more members join, and they will add an enormous amount to us over the next three years.”