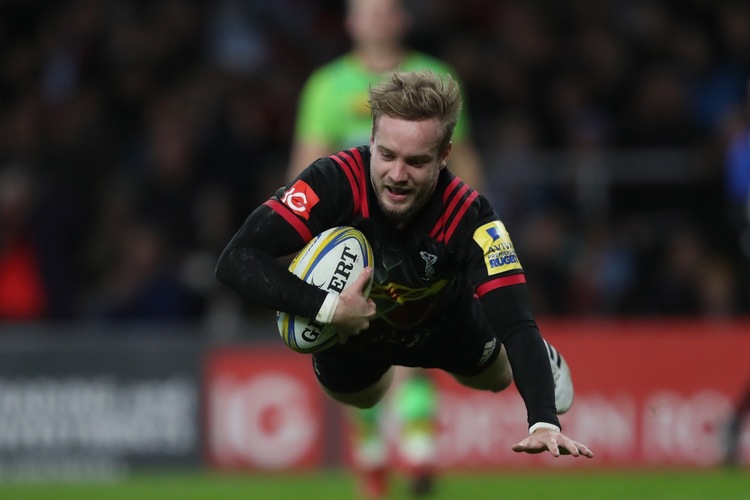 Ealing Trailfinders are delighted to announce the signing of Charlie Walker on a long-term deal.

The flying winger, who has won the Premiership with Harlequins joins from Zebre in the Pro 14 after a spell in Italy and is a hugely exciting addition to the Trailfinders squad.

Walker made 96 appearances during his time at the Twickenham Stoop, and scored 44 tries in eight seasons with them.

The 27-year-old, who is known for his lightning pace has since been with Zebre for the last year, but will now return to England for a new challenge at Trailfinders Sports Club.

On the international front he gained nine caps for England Under 20s, and also had a spell with England 7s including playing at the famous Hong Kong tournament.

Walker is looking forward to getting started with the Green and Whites.

“I can’t wait to get going at Ealing Trailfinders. I know Codders well from Quins & I’ve been in touch with Wardy throughout my career so I’m looking forward to working with them both.

After hearing the clubs vision, seeing the facilities & speaking to players at the club it became an easy decision. I’m excited to be back in the UK and having my friends & family down at Trailfinders Sports Club.

It’s a short career and I’m hungry to win some silverware!”

Director of Rugby Ben Ward is pleased to add a player of Walker’s calibre to the group.

“Charlie is someone who we have known for a long time and I am delighted that he chose to join us.

He has the ability to change a game and make something out of nothing. He runs good lines and can play across the back three. He is a really good age but will also bring a lot of experience to the squad.

We were due to have him on loan a number of years ago but he ended up breaking in to the first team at Harlequins. I’m delighted that he will finally put on an Ealing Trailfinders shirt.”