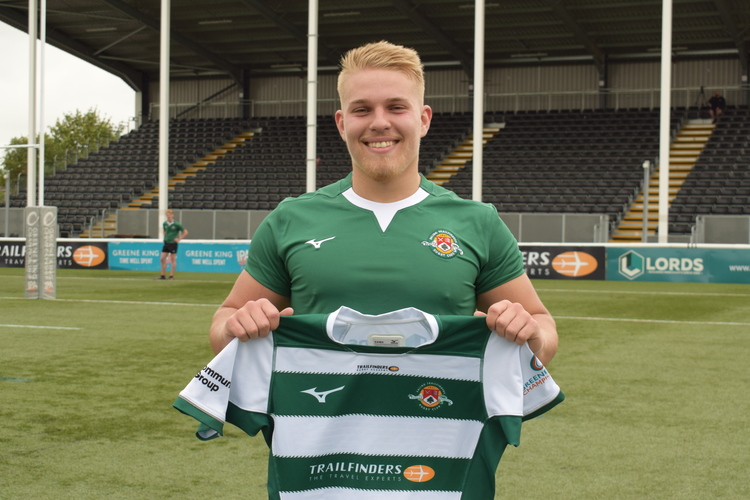 The Trailfinders Rugby Academy are excited to reveal the first five members of the new intake for the 2020/21 season.

The Scholarship Programme with Brunel University London is now entering its second year, and with the demand increasing significantly it promises to be another season of bringing through some of the best talent in the country.

Ash Chirima, a tight-head prop from St Paul’s Catholic College has joined the programme and will be an exciting addition to the front-row. He was previously part of the London Irish Academy and represented Hampshire during his age-grade rugby, but has now made the move to Ealing Trailfinders and will look to progress with Team Brunel.

Ethan Morgan, who is a highly rated fly-half has already been involved with both Bath and Exeter Academies. After finishing at Downside School he has gone to represent Wales at Under 18s level.

Scrum-half Lewis Eaton adds further quality to the number nine shirt, after being educated at Denstone College he has represented Leicestershire County. With current Academy Players Ewan Fenley and Dan Hiscocks already being exposed to first team training, Eaton will be working towards the same opportunity in the near future.

Teyi Adeyeye is a sizeable lock and back-row who brings versatility to the group of forwards. After his time at Bryanston School he joined the Bath academy, and also played regularly at Salisbury Rugby Club to gain valuable game time.

Zach Toerien is an exciting arrival from South Africa, adding further depth to the back-row. From Grey High School in Port Elizabeth he then joined the Eastern Province Academy, and played for the Kings at Under 16, 18, 19 and 20 level.

Head of Rugby Gareth Rise is delighted to be welcoming some new faces in to the Trailfinders Rugby Academy.

“We are extremely excited about the new intake of Scholars to the programme with Brunel University London.

Ash is a very powerful ball carrier and explosive scrummager who will benefit hugely from this environment. Ethan is very skilful as a fly-half and has been identified as someone who has a bright future with us, we feel that his style of play could be very well suited to how Ealing Trailfinders see the game.

Lewis is a fast, dynamic scrum half whose speed will be a huge asset to us moving forward. He had an opportunity with England Sevens but the Trailfinders Rugby Academy presents a great chance for him to prove himself and show his credentials for a career in the sport.

Teyi is a great shape for both the second row and back row which adds some versatility to the pack. Physically we feel he can really flourish, and this is a great place for his development. Zach is a very powerful player and just like Teyi is comfortable in the second and back row. To bring him in from South Africa shows the international pull that our Academy has, and we look forward to seeing him improve.”