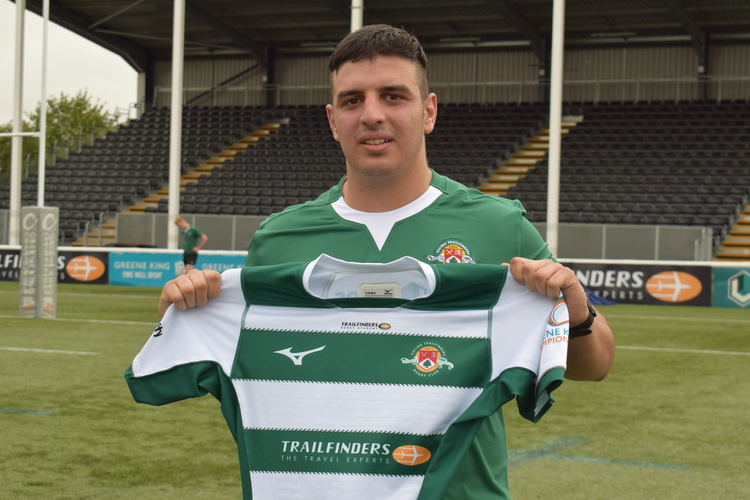 Ealing Trailfinders are pleased to announce the next five members of the Trailfinders Rugby Academy for the 2020/21 season.

Brandon Jewell, a tighthead prop joins and is another highly rated South African to make the journey to London. After his time at Michaelhouse School he played for College Rovers Rugby Club in Durban before joining the Natal Sharks Academy, where he represented their Under 18s side.

Luke Trigg is a winger who makes the move from the Saracens Academy after finishing his time at Sutton Valence School. He has featured for Gravesend Rugby Club, where his performances earned him a call up to represent Kent County, and Lambs.

Lefty Zigiriadis, who can play both loosehead prop and hooker is also from South Africa with a big reputation. After attending Hilton College he became part of the Natal Sharks Academy, and played provincial rugby for KwaZulu-Natal.

Josh Shing, who is a centre and a winger means he is a versatile addition to the back-line. He went to Sutton Valence School and featured for his home club Sevenoaks as well as representing Kent, but also got an opportunity in Durban with the Natal Sharks Academy.

Brandon Jackson, a centre who also went to Sutton Valence School joins from the Saracens Academy. His performances in the Premiership Under 18s last year got him a call up to the England Under 18s where he represented his country.

“All of these players have come from academies with a top class reputation for creating talent, and we look forward to building on that during their time with Ealing Trailfinders.

Brandon Jewell is a very powerful scrummager with vast potential, and I’m sure he will relish working with Steve Neville to keep growing that aspect of his game.

Luke is versatile across the back-three which is always very useful, so with his dynamic and explosive running we see him as a very exciting addition to the group.

Lefty has a very impressive skillset and can play multiple positions in the front-row. We are looking for him to keep building on his set piece to become a very promising player.

Josh has a huge amount of pace to bring to the back-line, and his core skills are very strong which gives him all the requirements to excel at this level.

Brandon Jackson is a great size for a centre, and is equally powerful in the midfield. He was a star performer in the Premiership Under 18s, so comes with a huge amount of potential which we are excited to see develop."