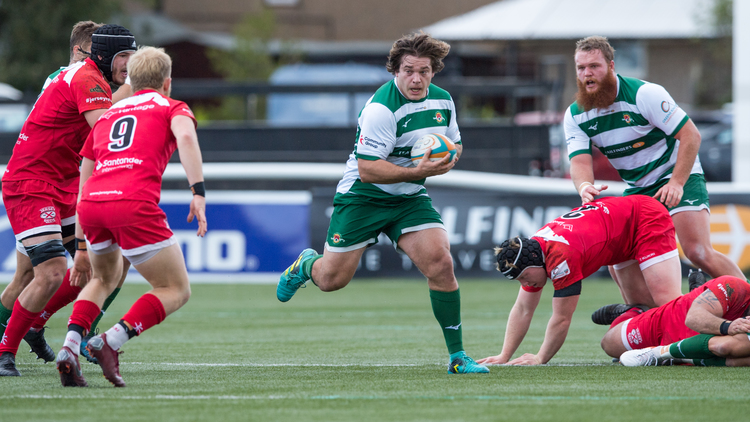 Ealing Trailfinders are pleased to reveal that Elliot Millar Mills has signed a new contract for the 2020/21 season.

The tight-head prop had been one of the standout performers throughout the 19/20 campaign, and has now committed to what will be his third season in the Green and White shirt.

He has made 43 appearances since joining in the summer of 2018 from Edinburgh, with the highlight starting in the Championship Cup Final triumph over London Irish.

Millar Mills originally joined Edinburgh from Yorkshire Carnegie, and made his debut for the Scottish capital club against Glasgow in the 1872 Cup.

Well known in the Championship for his scrummaging but also his mobility around the pitch, he is another significant re-signing for the upcoming season.

The front-rower believes there are exciting times ahead at Trailfinders Sports Club.

“I’m excited to be here for next season and hopeful with the amount of experience returning to the club we can continue to improve moving forward.”

Director of Rugby Ben Ward is very pleased to have Millar Mills on board once again.

“Elliot is a very consistent performer who works extremely hard on every asset of his game. He is extremely mobile for a tight-head prop and compliments the style of rugby that we like to play.”