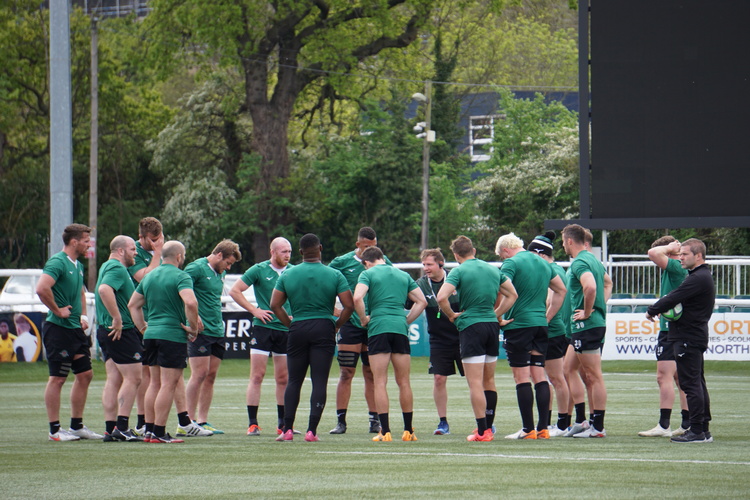 Ben Ward has named his Ealing Trailfinders side to face Doncaster Knights on Saturday, in Round Ten of the Greene King IPA Championship.

The Trailfinders go into Saturday’s game looking to secure their place in this season’s playoff finals, with Doncaster and Saracens hot on their heels. Trailfinders make five changes to the starting 15 that ran out at Goldington Road during Friday night’s 17-40 victory over Bedford Blues.

Ward has also changed things up at Half-back partnership with Jordan Burns and Craig Willis coming in for Craig Hampson and Steven Shingler.

In the back line Dean Hammond comes in on the Wing to replace Charlie Walker while Pat Howard, Max Bodilly, Angus Kernohan and David Johnston all keep their places in the starting 15 from last Friday’s trip to Bedford.

Speaking ahead of the game Ben Ward spoke of his excitement for Saturday’s key clash.

“We are in a really good place, it’s a massive game for us against Doncaster. It’s nice we’ve had the extra day to recover, so we’ll make sure we fully prep for the weekend.”

“We’re excited to play Doncaster, we played them at the start of the year, and they’ve had a brilliant season. It’s great that it’s come down to us two teams with something on the line, it’ll be a tough game, but on top of that the excitement of having fans back in the stadium is something that were really looking forward to. We’ve seen over the past 7 days fans returning to Rugby and Football so we can’t for our turn on Saturday.”