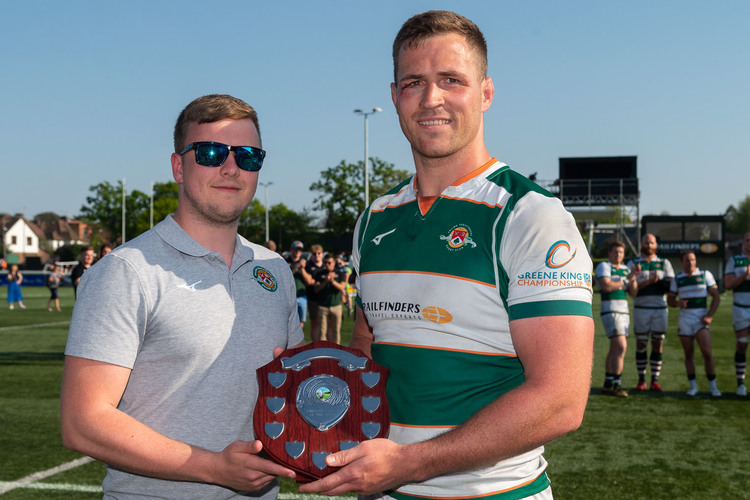 Ealing Trailfinders are delighted to announce that we are hosting a Gala Rugby World Cup Dinner on Friday 20th September at Trailfinders Sports Club to help raise funds for Ben Pearson.

Ben, who is only 22 years old broke his leg whilst playing for the amateur team in April 2018 and unfortunately a straightforward procedure to repair the breaks, turned into 13 operations and numerous infections.

This resulted in Ben having to change hospitals, a stint in a wheelchair, wearing a leg cage and finally a boot, all of this without regaining proper use of his leg.

The last year has been a struggle for him to get back to some sort of normality and this has led Ben to look at how he can improve his long-term quality of life, and he has made the brave decision to have part of his leg amputated.

Ben has been involved with rugby since the age of six, playing for his school who were Borough Champions for four consecutive years, then Ruislip, before coming to Ealing Trailfinders in 2017.

He loves outdoor activities, kayaking, mountain walking and rock climbing and the sports that he would like to return to are track based athletics and kayaking with the aim of working towards the Paralympics.

He has been working with the first team’s physiotherapist Jacob Mitchell on a regular basis and quite often can be seen having breakfast with the squad on training days.

Ben is a keen member of the core supporters’ group that follow the team home and away and we are hoping that everyone at the club and in the wider Community gets behind the event to help support him through rehab after the operation.

We are behind him and hope that you will be as well!

The event will include a 3-course dinner, Guests speakers (World Cup theme), Casino, Auction and much more.

You may book as an individual, or take a table, £75 per head. To book email info@etprm.com

If you are interested in sponsoring this event, donating an auction or raffle prize, please contact sue.chandler@etprm.com 07792 852695