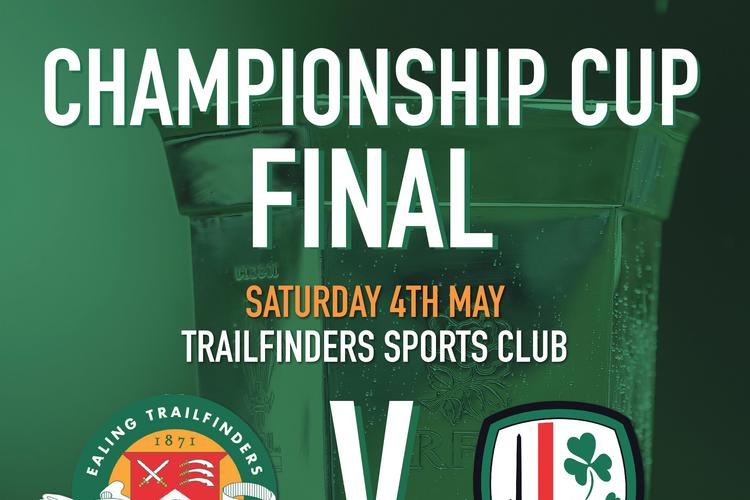 Ealing Trailfinders will face London Irish at Trailfinders Sports Club on Saturday 4th May in the Championship Cup Final.

The match will kick off at 16:30 and will be broadcast live on Sky Sports.

Ben Ward’s side have been given home advantage due to their top seeding from the pool stages, and will look to make that count as they go in search of silverware for the second season in a row.

The Trailfinders advanced to the knockout stages after topping a pool which included Jersey Reds, Richmond and London Scottish. They have since beaten Nottingham and Cornish Pirates to ensure their path to the final.

London Irish also won their group above Cornish Pirates, Bedford Blues and Hartpury College. Since then wins over Coventry and Yorkshire Carnegie at the Madejski Stadium have seen them qualify for the final.

Tickets are on sale now, and can be purchased by clicking here.