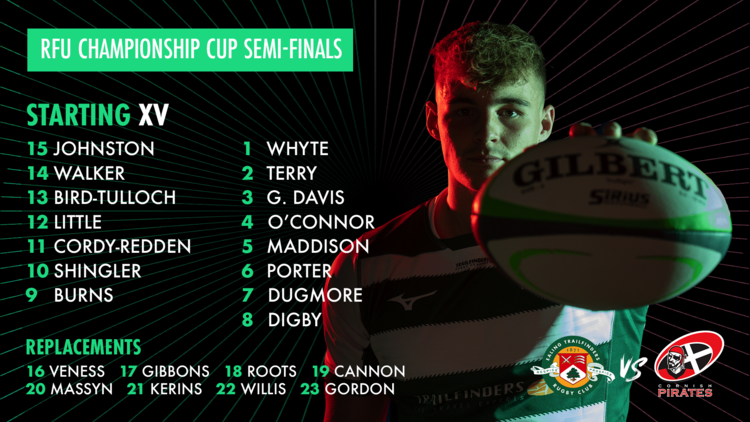 After scoring two tries last week, Cam Terry retains his position at hooker, Kyle Whyte and George Davis pack down either side of him to complete the front row.

Jordan Burns starts at scrum-half and Steven Shingler is his half-back partner. James Little and Rueben Bird-Tulloch start in the centres.

Charlie Walker scored a spectacular try last week and will no doubt be looking for another this weekend. James Cordy-Redden starts on the left wing and David Johnston competes the back three.

There are only two changes amongst the replacements. Jimmy Roots and Len Massyn come on to the bench for Harry Seward and Izzy Moore-Aiono.