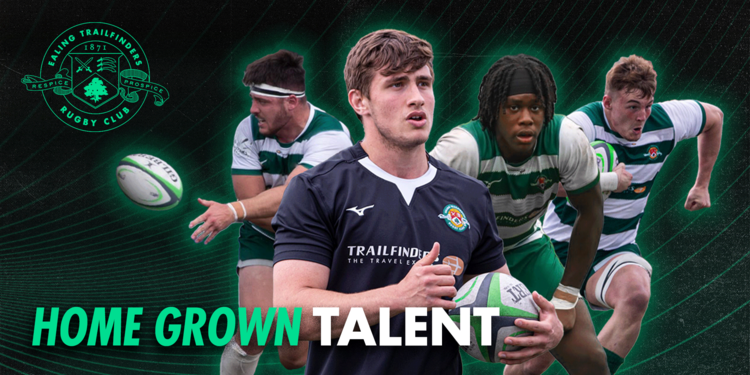 Ealing Trailfinders are pleased to announce that Harry Dugmore, Tom Georgiou, Isaac Shaw and Cam Terry have made the step up from the Trailfinders Rugby Academy to the first team squad for next season.

All four players have been training with the squad during the recent Championship Cup campaign, with Harry Dugmore and Cam Terry making first team appearances.

Director of Rugby Ben Ward said: “We are thrilled to have these four talented homegrown players joining the first team squad for the next campaign.”

“Harry, Tom, Isaac and Cam are products of our successful academy programme, it’s great to see these players come through that process, it’s a credit to their hard work.”

“We have seen what Cam can offer, scoring five tries in the four Championship Cup matches we played, and it’s also been good to see Harry get some game time. I’m excited about what Tom and Isaac can offer our backline and I look forward to seeing all these lads develop further over the next 12 months.”