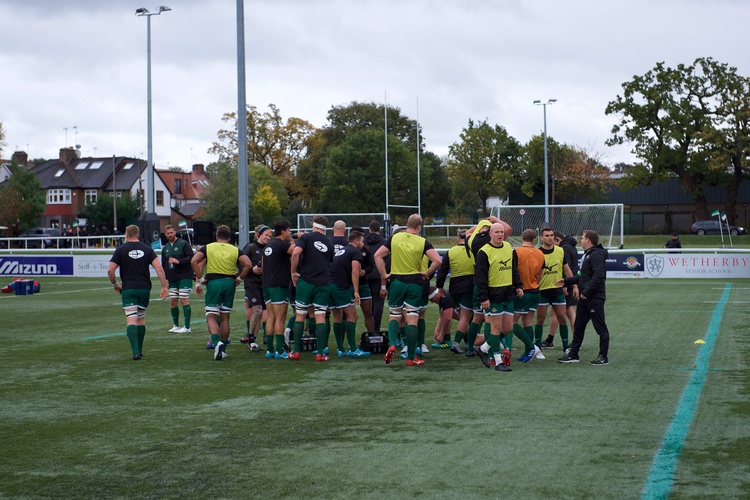 Ealing Trailfinders have named their line-up for Sunday’s trip to Yorkshire Carnegie in Round Five of the Greene King IPA Championship.

The West Londoners are looking to get back to winning ways after the draw against Coventry last week, and Director of Rugby Ben Ward has made five changes as his side head to Emerald Headingley Stadium.

Will Davis, Matt Cornish and Craig Trenier continue in the front-row, with Ben West returning to the second-row alongside Harry Casson. Andrew Durutalo is back, lining up with Kieran Murphy and Captain Rayn Smid in the back-row.

Nathan Fowles comes in at scrum-half and renews his partnership with Craig Willis at fly-half, and Harry Sloan is joined by Lewis Jones in the midfield who makes his first start of the season. Reon Joseph stays on the left wing with Elijah Niko making his full debut on the right wing, and David Johnston moves to full-back.

There are six forwards on the bench as the Trailfinders opt for power to come on at Headingley. Alun Walker, Jake Ellwood and George Davis offer a front-row alternative, with Sam Dickinson, Jordy Reid and Oli Robinson covering the rest of the pack. Craig Hampson provides scrum-half back-up, and the versatile Tommy Bell completes the match day squad.

Kieran Murphy says the Trailfinders are looking to get their momentum back with a positive performance in Leeds.

“We have reviewed last week and taken the positives from it but this Sunday we are aiming to get our mojo back. Yorkshire Carnegie are a side that we will pay massive respect to but we have been working very hard and are ready to perform to our best.”