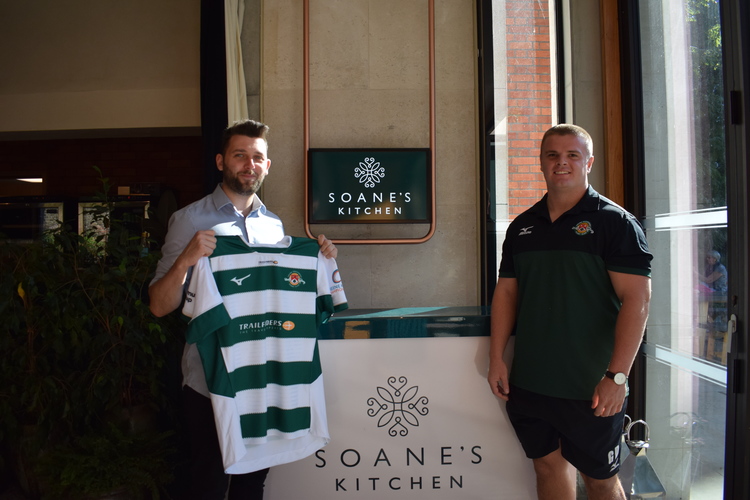 Ealing Trailfinders is pleased to announce a new partnership with Soane’s Kitchen for the 2019/20 season.

The restaurant will be sponsors of the Man of the Match Award for the home matches throughout the campaign, with the winning player receiving a meal for two to enjoy as a prize.

Soane’s Kitchen is situated in Pitzhanger Manor’s grounds, and is just a few minutes walk from Ealing Broadway station.

General Manager Ronnie MacLeod is excited by the new partnership for the upcoming Championship campaign.

“We’re delighted to have partnered with our local rugby team, Ealing Trailfinders this season.

We’re going to be giving away a meal for two to each player awarded ‘Man of the Match’, and we can’t wait to wine and dine them, Soane’s Kitchen style. Good luck with the season lads!”