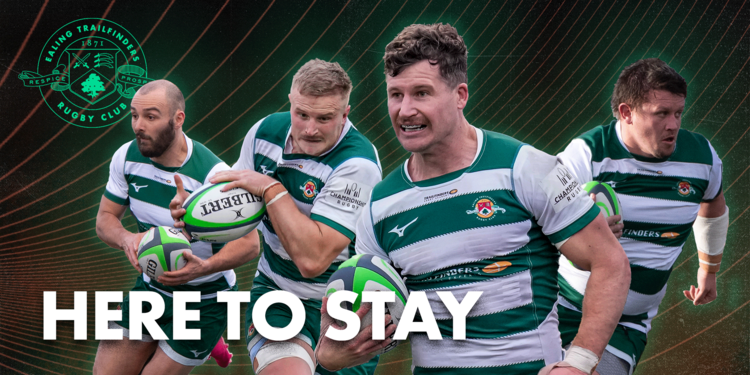 Ealing Trailfinders are delighted to announce that Alun Walker, Max Northcote-Green, Jordan Burns and Luke Daniels are all extending their stay at the club.

All four players contributed to a very successful Championship campaign and will have a vital part to play next season.

Director of Rugby Ben Ward commented: “We are pleased to be able to extend the contracts of these four players, as we again look to be competing at the top end of the Championship.”

“This will be Alun’s ninth season with the club, he is Trailfinders’ most capped player and brings a vast range of experience to the playing squad.”

“Jordan and Luke have both made over half a century of appearances themselves throughout their time in West London, they played a crucial role last campaign scoring eight tries each, helping us secure the league and cup double.”

“Max joined us last summer and hit the ground running right away, he has made fifteen appearances over the past year, playing a pivotal role in the pack at blindside flanker. I look forward to seeing all these lads in a green and white shirt again next season.”