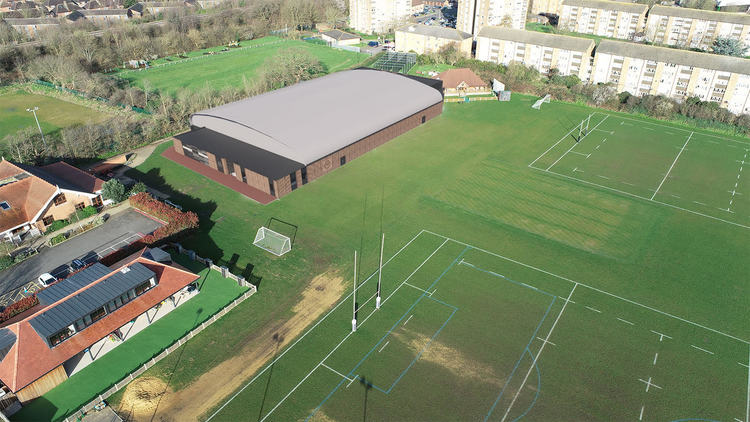 In spite of the COVID-19 pandemic resulting in the worldwide pause on the travel industry, it is with our immense gratitude that we can emphasise the support for the club from Mike Gooley and Trailfinders.

On the pitch, the first team have continued to train following elite sport guidelines from the government and are looking forward to the upcoming Greene King IPA Championship season. The importance of keeping our players engaged mentally and physically has been extremely important and we used the time wisely to ensure we were ready to play when our matches returned. Significant wins against Newcastle Falcons and Saracens have been fantastic to show the constant progress of a club that has risen from the London Three division just 20 years ago.

The rise of the Trailfinders Rugby Academy continues and is another area within the club that will continue to push forward. Over 15 Trailfinders Rugby Academy players have trained with the first team in pre-season, and seven of those have been involved in match day squads. On the International front, six players have been invited to train with England U20’s and one with Wales U20’s.

Director of Rugby Ben Ward is hugely excited to see the progress made on the Academy programme.

“Our Academy is unique as we place huge importance on combining education and apprenticeships with rugby. We have a responsibility to our players not just on the rugby field but also thinking about their future career if it is not in sport.”

Another exciting development will be the new Centre of Excellence at Brunel University where work will begin imminently. It will involve a state of the art 60m x 20m gym that will be used solely by Trailfinders Rugby Academy players. Next to the gym will be a new 3G playing surface, which will be identical to the surface at TFSC. This is being funded by the Mike Gooley Trailfinders Charity at a cost of 1.8million.

Ward added: “We are delighted to begin work shortly on our Centre of Excellence which will provide one of the best facilities in the country for any aspiring rugby player. It will create an inspiring environment for players to come through as the next generation for Ealing Trailfinders.”

The recent announcement about our commitment to women’s rugby is another step forward. Through the Trailfinders Rugby Academy’s link with The Henley College and Brunel University we have the vision to create the most comprehensive women’s pathway in the country.

“This is not a short term investment. We are building an elite pathway for Women’s rugby which starts with our Academy and will eventually lead into our first team. To put it into context, by year four the investment will be over 1.7 million per year. We want to create a legacy for Women’s rugby and there is no better time to start than in a World Cup year.” Said Ward.

The Ealing Trailfinders Foundation has been launched and has some exciting projects coming up, such as the club heritage investigation as well as the continuation of the Food Bank collection for the local area which has already fed thousands of people throughout Ealing.

Rosie Williams OBE, former Managing Director of the Rugby Football Union for Women has joined as a non-executive Director to the Foundation. She will also help advise our Women’s programme with the vast experience that she has.

The Trailfinders Challenge Cup involving Doncaster Knights, Saracens and Ealing Trailfinders has been sponsored by Mike Gooley and Trailfinders. 27k has been split between three teams as well as 40k in prize money (20k to the winners).

Development at Trailfinders Sports Club continues as ever, a new giant screen was erected just before lockdown was announced in March 2020 which has added a new and exciting dimension to match days. Work has started on an All Weather Pavilion which will come at a cost of £4 million to The Mike Gooley Trailfinders Charity.

The AWP is a three sectioned building, which includes a state of the art ECB three lane indoor cricket centre with a viewing gallery, a 4G indoor rugby/football facility and a changing room /treatment room/office building.

“Without the support of Mike and /Trailfinders we would not be in this position, and we are incredibly fortunate with the continuous backing he provides to the club and in particular myself.

Mike’s support goes far beyond his financial input, his advice and business acumen has been vital in developing us as a new business over the past seven years.”