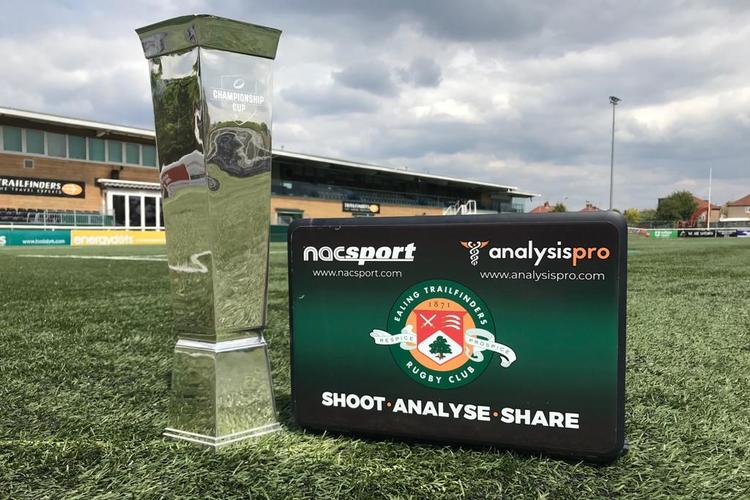 Ealing Trailfinders are pleased to announce a new three year partnership with Nacsport and AnalysisPro.

The past two seasons have seen the analysis department at Ealing Trailfinders utilise Nacsport analysis software to provide support to the coaching team and players on a daily basis.

The partnership between Trailfinders and AnalysisPro will see an increase in Nacsport licences used at the club to cover the ever-growing backroom staff of coaches and analysts.

Head of Performance Analysis Joe Burley, who made the switch from SportsCode to Nacsport on his arrival at the club in 2017, said that the partnership is a real step forward for the Analysis department and coaching team.

“We are delighted to have signed a three year agreement with AnalysisPro, to have the support of Jon, Josh and the rest of the team will enable us to really develop the analysis service that we are able to offer both the players and the coaches.

Nacsport are leading from the front with the work they are doing in analysis software, the rate at which new features and updates are released is incredible and this is enabling us to push the limits of what we can achieve as a department. The next few years are going to be really exciting times at the club as we strive for promotion and to have a quality analysis provider alongside us for that is a huge bonus for the club.”

AnalysisPro aim to educate and enhance the performance analysis workflows utilised at the elite levels of competition, whilst empowering coaches and analysts from the grass roots levels up to replicate these effectively.

By listening to their users and the demands of the industry, they are able to continually evolve and provide powerful video analysis solutions that will make a huge impact on both the Ealing Trailfinders first team but also at all levels of the Trailfinders Rugby Academy.

Nacsport is currently used across 60 countries and in more than 35 different sports. The features and range of versions available mean it is used by national governing bodies and professional teams but also by local grass-roots teams, schools, colleges and universities. Trailfinders have followed other professional rugby outfits such as Gloucester Rugby, ASM Clermont and the SRU in switching to Nacsport.

“The club have made huge strides in all departments across the backroom team and this partnership will allow our analysis team to provide high quality support to myself and the coaching team as well as allow the players the very best in analysis provision.

The analysis department will be releasing numerous videos over their pre-season training period to show Nacsport in action and the impact it is having at the club.”